The appeal was made when he attended the opening ceremony of the virtual Hannover Messe 2021 which is being held in Hannover, Germany from April 12-16.

"It is an honour for Indonesia to be a partner country at the Hannover Messe 2021 for the second time after 26 years ago,” said Widodo, highlighting the need to strengthen human resources in the context of the fourth Industrial Revolution, create a favourable investment environment, and promote investment in green growth.

According to him, Indonesia’s working-age population will double in 2030 and the country needs to make its human resources well prepared for future challenges of big data, Artificial Intelligence and the Internet of Things.

He showed his belief that Germany can help improve the quality of human resources of Indonesia through vocational education, stepping up research, and consolidating universities based on technology.

The Hannover Messe is the world’s leading trade exhibition for industrial technology, with a tradition that spans for more than 72 years. 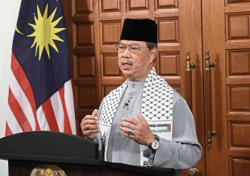