Phnom Penh Municipal Governor Khuong Sreng has extended the 8pm-5am curfew for another two weeks in a bid to contain the ongoing community outbreak of Covid-19. - Phnom Penh Post/ANN

PHNOM PENH, April 13 (Phnom Penh Post/ANN): Phnom Penh Municipal Governor Khuong Sreng has extended the 8pm-5am curfew for another two weeks in a bid to contain the ongoing community outbreak of Covid-19. The curfew will now last through April 28.

In a directive dated April 13, Sreng said the municipality will also continue to enforce other administrative measures.

"No dine-in at eateries, be it food stall, diner, restaurant, cafe, beverage shop or hotel. Such businesses may remain open but only for take-away orders," he said.

As for nighttime curfew, Sreng reiterated that exemption is granted for medical reasons or family's necessity and to those who work night shift as long as they have a letter proving as such from employers and as permitted by the authorities.

Also exempted are trucks transporting containers, cargos, cement for construction work and solid and medical waste, and so is food delivery.

Sreng said violators will face legal action as stipulated in the law on the control of Covid-19 and other contagious disease. 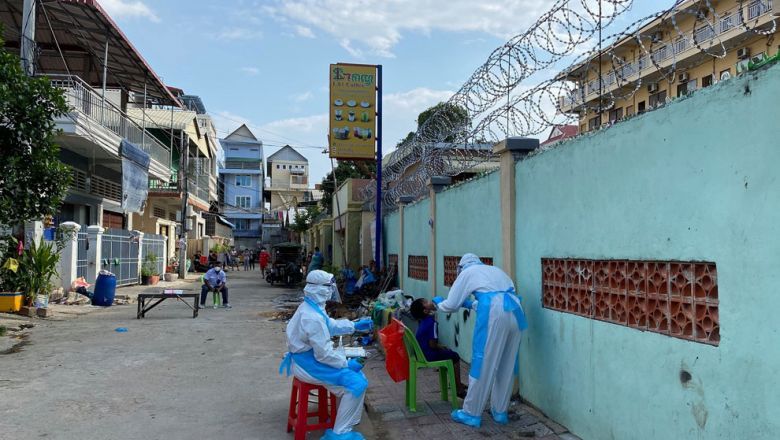 The Ministry of Health on Tuesday (April 13) also reported the country's 33rd Covid-19 death and another 181 transmission cases, all but three of which were linked to the February 20 community outbreak.

The 178 cluster cases include one Vietnamese, one Indonesian and one Frech nationals, with the rest being Cambodian.

Phnom Penh recorded the most cases at 140, followed by Svay Rieng at 14, Preah Sihanouk at eight, Prey Veng at six, Siem Reap at four, Kandal at three, and one each in Takeo, Kratie and Preah Vihear.

The ministry also reported 40 recoveries linked to the February 20 outbreak.

The latest deceased patients, aged 57 to 79, are all Cambodians residing in Phnom Penh, one of whom died en route to the hospital.

As of April 13, Cambodia had recorded a total of 4,696 Covid-19 cases with 2,406 receiving ongoing treatment and 33 confirmed deaths from the disease.- Phnom Penh Post/ANN