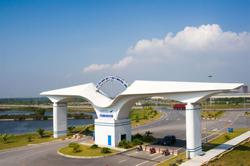 A farmer works in a vegetable field near Hanoi. - AFP

HANOI, April 12 (Reuters): Vietnam reported a trade surplus of US$2.8 billion in the first quarter of the year, government customs data released on Monday showed.

Exports in the January-March period rose 23.7% from a year earlier to US$78.4 billion, while imports were up 26.8% to US$75.6 billion, the Customs Department said in a statement.

In March, the country reported a trade surplus of $1.2 billion, swinging from a deficit of $460 million in February, it added.

Meanwhile, Vietnam recorded one new Covid-19 case on Sunday night (April 11), raising the total confirmed cases in the country to 2,693, according to the country's Ministry of Health.

The new case is a 27-year-old Vietnamese citizen who recently entered the country from abroad and was quarantined upon arrival, said the ministry.

As many as 2,429 patients have been given the all-clear, the ministry said, adding that over 37,900 people are being quarantined and monitored. - Reuters