The storm, which devastated parts of Indonesia and East Timor last week, brought lashing rain and winds of up to 170 kilometres per hour (105 mph) to areas officials said had not seen a tropical cyclone in "decades".

Authorities estimated that 70 per cent of structures in Kalbarri -- home to about 1,500 people -- were damaged in the fast-moving cyclone.

Local media images showed homes with their roofs ripped off and debris scattered across streets.

In Northampton, a town of fewer than 1,000 people about an hour's drive south, there was also "widespread damage", Western Australia's emergency services department said. 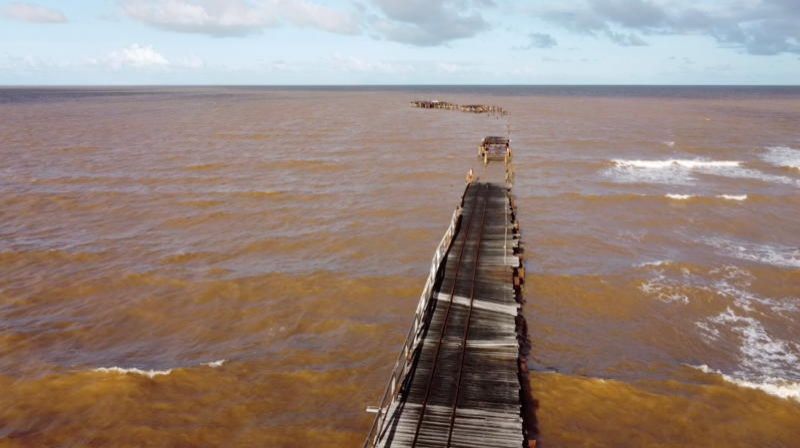 One Mile Jetty is seen destroyed by tropical cyclone Seroja in Carnarvon, Australia April 11, 2021, in this still image taken from drone video footage obtained from social media by Reuters.

"Crews are still assessing the damage and it is not currently safe to go outside because of hazards," a spokeswoman told AFP.

There were no reports of injuries or deaths overnight, she added.

Western Australia state Premier Mark McGowan said it was still "too early to provide a complete picture" but the destruction was "heartbreaking" for impacted communities.

"Assessments show Kalbarri and Northampton (are) the worst-hit areas but many more areas have sustained significant damage," he told reporters in Perth.

Cyclone Seroja made landfall as a fast-moving category 3 storm late Sunday, before crossing the continent's southwest and being downgraded to a tropical low Monday morning. More than 30,000 homes in Western Australia's Mid West region were left without power and a historic mile-long jetty in the town of Carnarvon was also destroyed.

The defence force is mobilising troops to help with the clean-up effort while government emergency funding is being offered to affected residents.

The Bureau of Meteorology said it was the first cyclone to hit some affected areas since 1956. 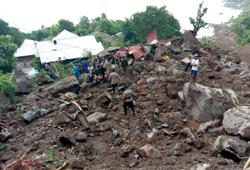