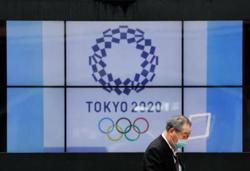 Golfers ride a buggy along a fairway at dusk at the Marina Bay Golf Course in Singapore, Tuesday, April 6, 2021. With borders closed for more than a year and relatively few Covid-19 cases in the city-state, golfers have flocked to Singapore's 15 courses, making tee times almost impossible to get and driving prices for the private clubs to record highs. At Marina Bay, the only public 18-hole course, demand is so great it may help persuade the government to extend the lease on the land so the club can stay open beyond 2024. - Bloomberg

SINGAPORE, April 11 (dpa): Unemployment in Singapore fell for the fourth month in a row in February, dropping to 3 per cent in the latest indication the city-state's economy is picking up after record losses last year.

"Although the unemployment rates remain elevated and have not yet returned to pre-Covid levels, we are seeing good progress with jobs growth," said Manpower Minister Josephine Teo last week.

Singapore last year reported the most layoffs in over two decades, with over 160,000 people losing their jobs as gross domestic product (GDP) shrank by a record 5.4 per cent.

Much of the damage was done during the second quarter. One year ago, the government imposed a lockdown aimed at slowing the spread of the coronavirus.

Restrictions were eased from June, with unemployment peaking in September.

Migrant workers were hardest-hit by the virus and job losses, particularly in construction, which contracted by 33 per cent last year.

Tourism and related sectors such as aviation shrank by 12 per cent, with most Asia-Pacific countries keeping borders shut since March 2020.

Singapore has set up "travel bubbles" and business travel deals with neighbouring countries.

The Tourism Board of Singapore last week also had staged a rare in-person conference where delegates discussed ways of reviving tourism.

Singapore will this week publish first-quarter GDP estimates, with a return to growth expected after exports and manufacturing increases were reported in early 2021.

Labour productivity could also be up, contributing to economic revival. 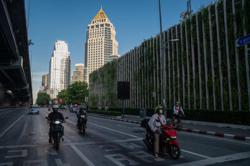