The change for Muslims nurses to wear the tudung with their uniforms can be done, said Singapore PM Lee. - The Straits Times/ANN

SINGAPORE, April 10 (Bernama): Singapore Prime Minister Lee Hsien Loong is hoping to give further details and to announce the government’s decision on allowing Muslim nurses in the country to wear the tudung (head cover) at the National Day Rally in August.

On his Facebook post, Lee wrote that this morning he discussed the government’s deliberations on allowing its Muslim nurses to wear the tudung, with the country’s Malay/Muslim religious and community leaders in a ‘candid, lively and sincere’ manner.

"The government’s position on the tudung is not fixed. People’s attitudes, values and views have naturally evolved over time.

In social and work settings, the tudung is now more common. There is reason to allow Muslim nurses to wear the tudung if they wish, ” he said.

Lee said the Singapore government had been considering the move for some time now.'

"We have been quietly engaging and consulting the community leaders. But we still need a bit more time to prepare the ground before we make the decision, ” he said.

Lee said the government must ensure that Singaporeans, both Muslims and non-Muslims, are ready to accept the move.

"Everyone must understand that this is a careful adjustment, not a wholesale change. They should also realise where the limits are so that we don’t end up harming our religious harmony.

"I’ve asked the community leaders to help us with this process. I aim to speak on this at this year’s National Day Rally in August, ” he said, signing off the posting with his initials, LHL.

The Straits Times reported that Lee added that while the Government should prepare to make such a move, as attitudes have changed and the tudung is now also more common in social and work settings, more work needs to be done.

"Before we actually make the change, we have to prepare the ground. We have to make sure that everybody understands this is a careful adjustment, not a wholesale change, and we want people to realise what the limits are, as we make these changes."

He added that the Government must make sure that Singaporeans, both Muslims and non-Muslims, were ready to accept the move.

He said the last time he had such a dialogue on the same issue was in 2014, and Saturday's dialogue was candid and sincere. 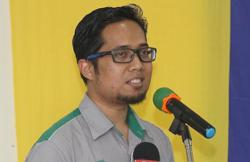