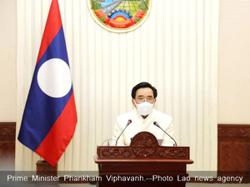 During the talks on Thursday, the Thai Prime Minister expressed his heartfelt congratulations to Phankham upon the latter's election as the new Laos' prime minister.

Phankham expressed sincere thanks to his Thai counterpart for extending to him warm congratulations upon his assumption to the post and expressed gratitude to the government of Thailand upon its support of human resource development in the Laos through providing long-term and short-term scholarships especially in the priority areas of education and sports, agriculture, and health.

Phankham congratulated efforts made by the Thai government in combating the Covid-19 pandemic and expressed gratitude to its support of anti-Covid-19 efforts in the Laos as well as its provision of assistance to Lao workers in Thailand.

Meanwhile, The Nation Thailand reported that Laos is vulnerable to external shocks, climate change and natural disasters, the effects of which have been exacerbated by the pandemic and have increased the government’s public debt and fiscal deficit.

Over the past five years, the economy has grown at an annual average rate of 5.8 per cent, lower than the 7.2 per cent approved by the National Assembly.

However, this figure is higher than the global average economic growth rate thanks to the support of development partners and friendly countries.

Of particular significance is the fact that the uninterrupted construction of large-scale development projects continues to drive economic growth. 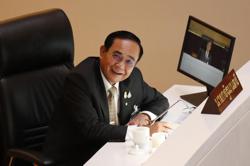 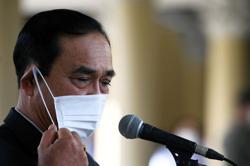