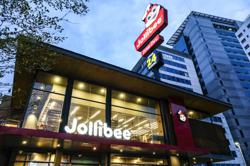 FIREFIGHTERS rescued 19 puppies after a fire broke out in a pet store in Upper Thomson Road, near the planned site of the Upper Thomson MRT station.

Eyewitnesses said the puppies were carried out of the store in boxes and passers-by helped to hold and soothe the animals.

The Singapore Civil Defence Force (SCDF) said it was alerted to the fire at 197 Upper Thomson Road at about 1.15am yesterday.

The unit is occupied by Wellfond Pets.

Its website lists another outlet in Tanjong Katong Road.

Firefighters made a forced entry into the premises and extinguished the blaze with one water jet.

They thanked passers-by who had helped by taking care of the puppies outside the store while firefighting operations were ongoing.

An SCDF spokesman said 19 puppies were saved, with no deaths or injuries reported.

The cause of the fire involved a dehumidifier in the store, said the SCDF. Investigations are ongoing.

SCDF personnel counted the number of puppies rescued and caught one which had tried to escape.

A small crowd of onlookers had also gathered, some appealing for water for the puppies, which were of various breeds and covered in soot. — The Straits Times/ANN