SINGAPORE (The Straits Times/ANN): Two-and-a-half years after Singapore's fourth-generation (4G) ministers named him their leader, and just under two years since he was named Deputy Prime Minister in preparation for the top job, Heng Swee Keat has decided to step aside.

The announcement shocked - and saddened - many Singaporeans on Thursday (April 8), as it did his ministerial colleagues who heard the news for the first time at a meeting on Wednesday (April 7) afternoon.

"This unexpected turn of events is a setback for our succession planning. We recognise that Singaporeans will be concerned," the 32 office-holders present said in a statement they co-wrote at that meeting and made public on Thursday.

"We seek your support and understanding as we choose another leader from the team. We will continue working as a team to serve our people and to earn the confidence and trust of all Singaporeans."

The People's Action Party (PAP) has long held succession planning as a key priority. But just as the coronavirus pandemic has upended entire sectors, its impact on Singapore politics did not stop at the outcome of last year's general election, which saw an 8.7 percentage point vote swing away from the ruling party.

Heng's decision to step aside as leader of the 4G team a week before his 60th birthday to make way for someone younger and who will have a longer runway was crystallised by the pandemic.

Even as they deal with the fallout from the latest development and select their next leader, his colleagues are keen to stress that the crisis will not rupture their unity and cohesion as a team, especially as fractiousness and jostling are common in many political systems elsewhere when succession is unclear.

Heng, who will stay on as DPM and Coordinating Minister for Economic Policies but relinquish the finance portfolio at the next Cabinet reshuffle, said on Thursday that he had mulled over succession for some time. He started thinking about it when he was appointed, he said,"because I do not want to take on any job which I cannot deliver".

"As those of you who have worked with me know, I am a workaholic, and I put my heart and soul into what I do. And therefore, I've been thinking about... am I the right person? Last year's pandemic was a real turning point," he said, citing the five Budgets he had to deliver in 2020 to support firms and workers.

Shortly after Parliament ended its debate on the Feb 16 Budget statement - Heng's 10th, including last year's five - and spending plans of the various ministries, he spoke to Prime Minister Lee Hsien Loong about the succession issue.

Giving an insight into the process at an Istana press conference on Thursday, PM Lee said of his response to his deputy: "I told him that I understood and respected his views. However, as he was chosen as the leader of the 4G team by the younger ministers, it was best for him to speak to the ministers himself."

Heng explained the thinking behind his decision to them. He noted that he turns 60 this year and, given that the current crisis will be prolonged, he will be close to his mid-60s by the time of a handover.

In his letter to Lee, Heng said that should he become the next PM then, he would have too short a runway at a time when Singapore needs a younger leader who can tackle the huge challenges posed in a post-Covid-19 world.

He said he carefully deliberated and discussed the matter with his family and decided to step aside so that a younger member of the team with a longer runway can take over.

After DPM Heng informed his fellow political office-holders, the younger ministers met among themselves to decide how they would respond.

Said Gan: "We discussed among ourselves with regard to our collective response, as well as the next steps."

He added: "We accepted DPM's decision, regrettably, and agreed that it is in the interest of Singapore. We are glad that he has agreed to stay on as part of the team."

Elaborating, Education Minister Lawrence Wong said: "We appreciate what a difficult decision it must have been, but no one could have foreseen the disruption brought about by Covid-19."

Noting DPM Heng's critical role in leading the team, and in efforts such as economic restructuring and the Singapore Together movement to encourage citizen participation in policymaking, Wong added: "He has left a strong imprint on all of us in terms of his collaborative and consultative style of leadership."

The commitment to working as a team was underlined by National Development Minister Desmond Lee: "Since he became the leader of the 4G, we have coalesced around DPM, we've gelled with him, we gelled as a team, most obviously in the last one year, during the crucible of Covid."

He added: "It's not just bringing us as younger ministers together, but bringing together captains of industry, leaders of the labour movement, academics, SMEs, associations, all coming together in this very new style of collaborative governance."

PM Lee said the 4G's selection of their next leader is a process that will take more than a few months, but should not be more than a couple of years.

The process, added Trade and Industry Minister Chan Chun Sing,"is always about finding and forming the strongest team possible... so that Singapore has the best chance to defy the odds of history to not only survive, but to thrive".

Neither is it the PAP way to look at who is in front, or behind, or the relative competitive position of each individual, said Transport Minister Ong Ye Kung.

"We look at the team, how the team works together, how we complement each other's strengths. And where we have shortcomings, which we all do, how do we support each other," he added.

"Over time, the individual members rally around someone who will then emerge as the leader, first among equals. First among equals doesn't mean the person is the boss that directs people to do work, but (is) the person that can best bring out the talent and strengths of everybody else, and be a team builder."

As the 4G deliberates on its next leader, Lee's words in a Facebook post last night reiterate what they should also bear in mind: "Swee Keat, you have always served Singapore with sincerity and diligence.

"Your decision today is a good reminder that Singapore is not about any one person - it depends on all of us, working together, to get the best results for Singapore." - The Straits Times/Asia News Network 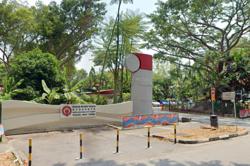 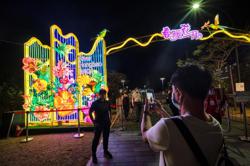