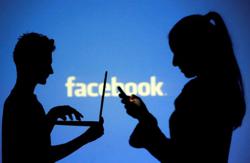 The broad gains came after yet another record for the S&P 500 on Wall Street, helped by a general mood of optimism that the world economy is on course for a strong recovery as vaccines are rolled out.

Biden was out Wednesday pushing his $2.25 trillion roads-and-bridges plans, warning it was a make-or-break moment to ensure the United States "can lead the world as it has historically done".

The prospect of another giant spending splurge, coming soon after the passage of his $1.9 trillion stimulus, has added to expectations the country is on course for blockbuster growth.

However, analysts said the president faced a battle to get an agreement on the plan, which calls for a hike in corporate taxes to pay for it, with even some Democrats opposed to a big rise.

While his party will only need a simple majority to get it through the Senate,"there is no guarantee this latest fiscal proposal can get up without either being softened in terms of the proposed tax rises and/or without some Republican support", said National Australia Bank's Ray Attrill.

Investors are also keenly watching developments as Treasury Secretary Janet Yellen pushes for a global corporate tax on wealthy firms that have done well during the pandemic in order to finance recovery efforts.

The idea has the support of the International Monetary Fund, while G20 finance ministers said they would continue work on a minimum rate as they look to undermine the use of tax havens, with a deal possible by July.

For now, traders are happy to ride the rally as coronavirus vaccination programmes progress, allowing economies to gradually reopen -- even if a little slower in some areas than others.

"The short-term momentum appears to remain in favour of the bulls as investors seem happy and willing to bet on an economic rebound over the coming months in light of the robust data in recent week," said Axi Strategist Stephen Innes.

"And on top of all that, equity volatility continued to remain tepid around its lowest levels since the pandemic began, encouraging risk-taking."

Asian markets were broadly up in early trade Thursday.

Hong Kong, Sydney, Seoul, Taipei, Jakarta, Shanghai and Wellington rose, while Tokyo, Singapore and Manila were in the red.

There was little major reaction to the minutes from the Fed's March meeting, which reiterated policymakers' desire to see inflation running consistently hot and unemployment to be tamed before they turn off the liquidity taps.

"Participants noted that it would likely be some time until substantial further progress toward the committee's maximum-employment and price-stability goals would be realised," the minutes said.

"The minutes to the March FOMC meeting backed him up, as they barely mentioned future prospects for the Fed's asset purchase programme." 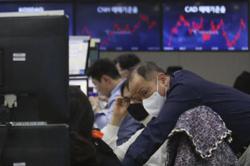 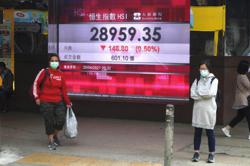