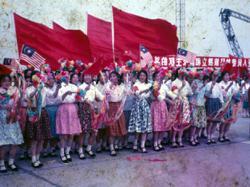 Chinese officials acknowledge the risks of rural folk sliding back into poverty, and say they are developing a mechanism that will hopefully allow them to intervene early - AFP

BEIJING (The StraitsTimes/ANN): Food security and self-reliance will be top priority as China moves from its poverty alleviation campaign to a new strategy to revitalise the countryside and narrow the yawning urban-rural gap.

It will ramp up infrastructure-building, while bringing new innovation in farming technology to peasants and providing funding for start-ups as it plugs the rural areas into the supply chain.

At the heart of this drive is food security, as President Xi Jinping pushes ahead with a new "dual circulation" economic plan to develop self-sufficiency amid external threats of decoupling and disruption to food supplies.

"From poverty alleviation to rural revitalisation, this will be an important shift of our focus," said Agriculture and Rural Affairs Minister Tang Renjian on Tuesday (April 6).

"First, we need to ensure food security. Food security is indeed a top priority of governance," he told reporters at a news conference for the release of a White Paper on poverty alleviation.

China has faced a mounting challenge amid breakneck economic growth to feed its growing urban population with dwindling arable land and environmental damage in the countryside.

It ranked 23rd overall out of 67 countries in a Food Sustainability Index by The Economist Intelligence Unit in 2018, but 57th in agricultural sustainability.

President Xi declared victory over poverty in February this year and officials who worked on poverty alleviation have now been transferred to the new National Administration for Rural Revitalisation to deal with the effects of depopulation and ageing, as well as the lack of industries that plague the rural areas.

"China is still the world's largest developing country. There is a long way to go for us to address the unbalanced and inadequate development inside the country to narrow the gap between urban and rural areas and among different regions," said Mr Xu Lin, a vice-minister of publicity at the Chinese Communist Party's Central Committee and head of the government's information office.

Officials acknowledge the risks of rural folk sliding back into poverty, and say they are developing a monitoring and assistance mechanism that will hopefully allow them to intervene early.

The local authorities have been put under new pressure to ensure their residents stay above the poverty line, which is US$2.30 a day.

"We will stress accountability... of different party committees and different governments so that no one will return to poverty," said the head of the National Administration for Rural Revitalisation Wang Zhengpu.

The agency is tasked to help the countryside develop specialised industries, especially in agriculture but also rural tourism, and connect them to markets. Rural residents will also be given vocational training and placed in jobs both locally and in the cities.

Counties have been given a five-year transitional period from the day they were declared poverty-free. During this time, they continue to receive the same support under poverty alleviation policies.

Since coming to power in 2012, Xi has made eliminating absolute poverty a key focus, lifting nearly 100 million Chinese in rural areas out of poverty. - The Straits Times/Asia News Network 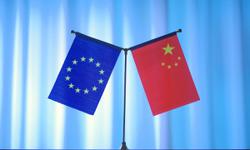