PHNOM PENH, April 6 (Phnom Penh Post/ANN): The recent curfew and restrictions imposed in the capital and other Covid-19 hotspots were intended to break the chain of transmission, Ministry of Health spokeswoman Or Vandine said as municipal and provincial authorities issued new directives banning certain activities during the upcoming Khmer New Year holiday.

In Phnom Penh, governor Khuong Sreng urged residents to stay home and refrain from travelling to other provinces.

He noted that the 8pm-5am curfew scheduled to end on April 14 could be extended if people are careless in the lead-up to the holiday and the virus continues to spread.

Sreng instructed the relevant authorities to tighten up security, safety and public order in the city and to continue enforcing all Covid-19 preventive measures during the celebration, which lasts from April 14-16.

The governor said all types of traditional games and gambling that conflict with social distancing measures would be prohibited. Playing with water guns in public is also banned. The New Year festival Songkran, he noted, would not be taking place at Wat Phnom as it had in past years.

Vandine of the health ministry said such restrictions are warranted if the Kingdom is to contain the ongoing Covid-19 outbreak, which has seen cases jump to well over 2,000 with 21 deaths as of April 5.

“We do need to find a way to break the chain of person-to-person transmission. I think [the curfew] is an appropriate measure. We will monitor the situation and reassess things in two weeks’ time.

“If the number of new infections remains high, I will ask that the curfew be extended for another week or two weeks until we achieve a break in transmission, ” she said. 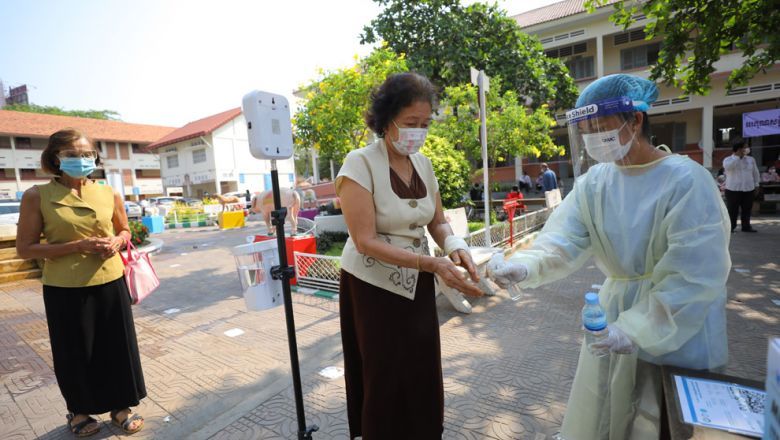 Vandine noted, however, that given the current situation the country will not be placed in lockdown because Covid-19 cases have only been traced to certain places.

In Kampong Thom province, governor Sok Lou issued a directive which will be in effect for the period around Khmer New Year from April 10-18.

“In order to guarantee the safety of citizens, public health and order as well as to minimise the transmission of the coronavirus, the provincial administration requests that [on-site service for all businesses selling food or drinks] be suspended temporarily, though takeaway and delivery orders for food and drink are still permitted, ” he said.

Lou said parties or gatherings at natural, historical and man-made resorts are all banned and that town and district police forces would be restricting travel for large numbers of people.

“People from Covid-19 high risk areas will be kept in quarantine for 14 days at their respective homes or in quarantine centres as advised by the health ministry, ” he said.

In Kampong Chhnang province, governor Chhour Chandoeun urged local authorities to be on the lookout for any outsiders coming into the province from high risk locations. A 14-day quarantine is required if they arrive in the province. 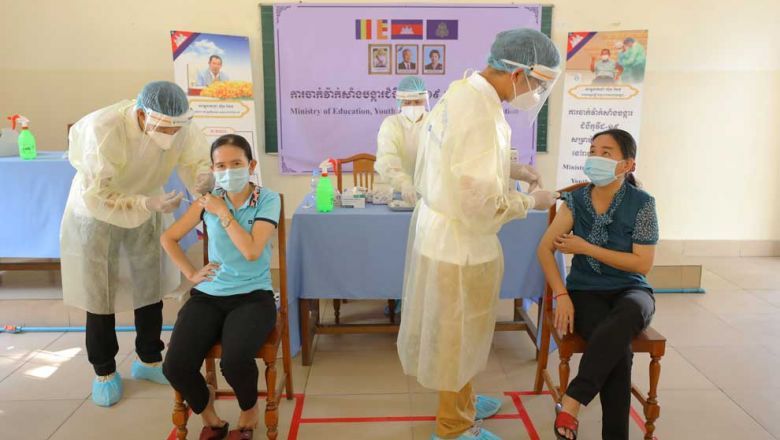 Chandoeun called on people to send greetings to their family members or relatives online and to refrain from visiting each other in person.

On April 5 alone, the health ministry reported the country’s 21st Covid-19 fatality and another 63 Covid-19 cases linked to the Feb 20 community outbreak, bringing the tally to 2,222 with 1,230 recoveries.

The Ministry of Health on April 6 reported 72 new Covid-19 cases, all but one of which were linked to the February 20 community outbreak.

Phnom Penh recorded the most cases at 32, followed by Preah Sihanouk province at 22, Kandal at nine, three each in Pursat and Svay Rieng, and one each in Prey Veng and Kampot.

The ministry also reported 47 recoveries, all but one of which were linked to the February 20 outbreak, bringing the tally to 1,276.

As of April 6, Cambodia had recorded a total of 2,824 Covid-19 cases with 1,003 receiving ongoing treatment and 22 confirmed deaths from the disease. - Phnom Penh Post/ANN