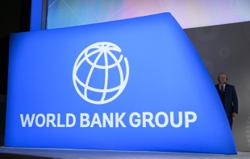 "While the outlook has improved overall, prospects are diverging dangerously not only within nations but also across countries and regions," Georgieva said in a curtain raiser speech ahead of the 2021 virtual spring meetings of the IMF and the World Bank scheduled next week.

"In fact, what we see is a multi-speed recovery, increasingly powered by two engines - the US and China," she said, adding they are part of a small group of countries that will be well ahead of their pre-crisis gross domestic product (GDP) levels by the end of 2021.

However, the cumulative loss in per capita income, relative to pre-crisis projections, will be 11 percent in advanced economies by next year, while the loss for emerging and developing economies excluding China will be 20 percent, Georgieva noted.

"This loss of income means millions of people will face destitution, homelessness, and hunger," she said.

Georgieva said the IMF will raise global growth forecasts for 2021 and 2022 next week when it releases its latest World Economic Outlook.

"We now expect a further acceleration: partly because of additional policy support - including the new fiscal package in the United States; and partly because of the expected vaccine-powered recovery in many advanced economies later this year," she said.

In January, the IMF projected that the global economy will grow by 5.5 percent in 2021,0.3 percentage point above its October forecast.

But there is still "extremely high uncertainty" provoked by the COVID-19 pandemic going forward, Georgieva noted.

"So much depends on the path of the pandemic - which is now shaped by uneven progress in vaccination and the new virus strains that are holding back growth prospects, especially in Europe and Latin America," she said.

Georgieva also warned that faster US recovery could cause a rapid rise in interest rates, which could lead to a sharp tightening of financial conditions and significant capital outflows from emerging and developing economies.

"This would pose major challenges especially to middle-income countries with large external financing needs and elevated debt levels. Many of those countries will need more support," she said.

The IMF has provided over US$107 billion in new financing to 85 countries and debt service relief for 29 poorest countries, according to Georgieva.

"This would benefit all our members, but especially the most vulnerable, by boosting reserves without adding to debt burdens. It will send a powerful signal of multilateral solidarity - freeing up resources for vaccination programs and other urgent needs," she said. 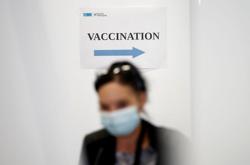