Ever Given afloat, but Thai business could find itself in rough waters: private sector

BANGKOK (The Nation/ANN): Despite the massive Ever Given ship being freed from choking the Suez Canal and the smooth flow now of cargo vessels through the vital waterway, the private sector believes the overall problem is not over yet and it won't be all smooth sailing for exports.

The 400-metre-long Ever Given, one of the five largest cargo ships in the world, had paralysed transport since March 23 by blocking the Suez Canal, a major artery of Asia-Europe freight transport, leaving more than 450 cargo ships stranded at either end of the canal.

Experts estimate the blockage caused damage worth around $9.6 billion (over Bt300 billion) per day until March 29, when tug boats with the help of land-based digging machines and a high tide got the huge ship moving again.

Transportation experts expect the situation to return to normal and all stranded ships to pass through the waterway in four days.

However, international trade, tax and logistics specialist and chairman of Excellent Business Corporation International Sayan Chanvipaswongse said that although the blockage problem has been resolved, there are still many issues that will follow.

Containers that the world is already short on will become more scarce because of the container volume on the now-freed Ever Given, which is more than 18,300, combined with the volume of containers on ships presently waiting to enter and exit the Suez Canal. Hence, delays in container deliveries will only exacerbate the already tight container circulation problem in the system, he explained.

The other problem is the delay in goods deliveries for customers in Europe. If trade partners lose sales opportunities, it might affect production plants in a chain. So if Thai exporters receive money under L/C, they may end up with nothing in hand, he said.

However, if it is a money transfer, there may be discussions with the buyer, in which case the Thai exporter could compensate for the delay in delivery as well as request to pay import tax in the event that the product still has to be delivered.

“Business partners have the right to not accept goods after the scheduled time and leave it to the exporter to pay the freight charge itself, this will be a burden on the exporter, ” Sayan said.

Lessons must be learned from this incident, he added. Exporters must be aware of marine cargo insurance, including also having to find additional suppliers in case goods or raw materials need to be imported from Europe to produce products and in turn export these. They may need to find additional suppliers in other parts of the world, such as in the US, China, Japan, South Korea or Asean to mitigate the risk.

In 2020, Thai-EU trade (including the UK) was worth more than Bt1.1 trillion, with the Suez Canal being the main passage of goods transport.

“The impact is delayed delivery. Buyers have postponed new orders to wait and see how the situation turns out. From now on, containers will become more scarce. In respect to freight charges, the various fees have not yet been raised, ” Visit said.

“However, the TNSC still expects Thai exports this year to expand by 4 per cent as predicted, ” he added. - The Nation/Asia News Network 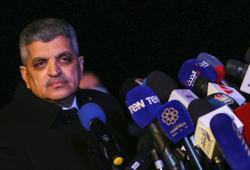