Agricultural and agro-industrial product exports rose by 7 per cent year on year.

BANGKOK (The Nation/ANN): Thailand’s international trade has been improving in line with the gradual recovery of the global economy, with Thai exports bringing in more than US$20 billion as of February.

Though overall exports have dropped by 2.59 per cent year-on-year, export in the real sector excluding gold, oil and weaponry, has continued to soar, reflected by a 2.87 per cent growth.

The recovery of Thailand’s export sector coincides with the upward revision of the global economic outlook by the Organisation for Economic Cooperation and Development (OCED) to 5.6 per cent growth this year from an earlier estimate of 4.2 per cent.

Moreover, the Global Manufacturing PMI (purchasing managers index) has stood above 50 (53.9) for eight months running as of February.

Products with strong expansion in February are classified into three groups:

• Medical goods such as rubber gloves, medical equipment and parts.

Agricultural and agro-industrial product exports rose by 7 per cent year on year. Products that expanded favourably include cassava products (+46.6 per cent); fresh, frozen, canned, and processed vegetables and fruits (+42.9 per cent); rubber (+22.9 per cent); pet food (+20.7 per cent) and food seasoning (+3.4 per cent).

Exports of some products dropped such as gold (-93.0 per cent); hard disk drive (-7.2 per cent); textiles (-12.5 per cent); semiconductors, transistors and diodes (-6.6 per cent). For the first two months of 2021, Thai industrial product exports declined by 1.7 per cent year on year. - The Nation/Asia News Network 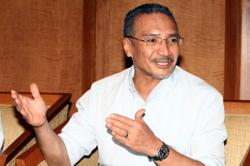