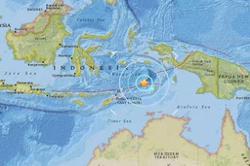 JAKARTA, March 25 (Xinhua): Indonesia has seized 87.47 kg of crystal methamphetamine, 400.18 kg of dried marijuana and 35,915 pills of ecstasy from a drug syndicate from Malaysia and Madura (in East Java province), a narcotics agency said.

As many as 14 suspects with the contrabands were arrested in six different locations by a joint team between the Indonesian National Narcotics Agency and the Finance Ministry's Directorate General of Excise and Duty, the agency's Head Commissioner General Petrus Reinhard Golose told a press conference here Thursday (March 25).

The arrest of the 14 suspects belonging to the Malaysia-Madura network took place for about one month from February to March 2021, Golose said, adding that the illicit goods were smuggled from Malaysia to Indonesia by sea through the Aceh province's waters. 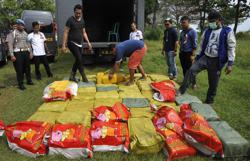