The judge in Meng Wanzhou’s extradition hearing should reject the Huawei executive’s “exciting narrative” about a conspiracy by Canadian and US authorities to abuse her rights, and throw out an application to release her, a Canadian government lawyer told the hearing on Tuesday.

The abuse claims were based on nothing more than “speculation and innuendo”, according to a written submission by the government lawyers representing US interests in the case.

Meng’s lawyers have spent almost five days arguing in the Supreme Court of British Columbia in Vancouver that she had suffered abuses to her Canadian charter rights so “egregious” that the only remedy was to halt proceedings and release her.

These abuses, they said, were intended to assist the US Federal Bureau of Investigation in a “covert criminal investigation” of Meng, Huawei’s chief financial officer, and included unlawful questioning of her by border officials and the seizure of her electronic devices and passwords.

Meng was arrested on December 1, 2018, at Vancouver’s airport on a US extradition warrant seeking her to face fraud charges in New York.

“One is an exciting narrative. It involves a covert criminal investigation, witnesses lying on an almost industrial scale, and a cross-border cover-up,” said Frater, commencing the rebuttal to Meng’s abuse claims.

“The other narrative is more prosaic. It involves two sets of public officials going about their required tasks in circumstances where there was no playbook.” 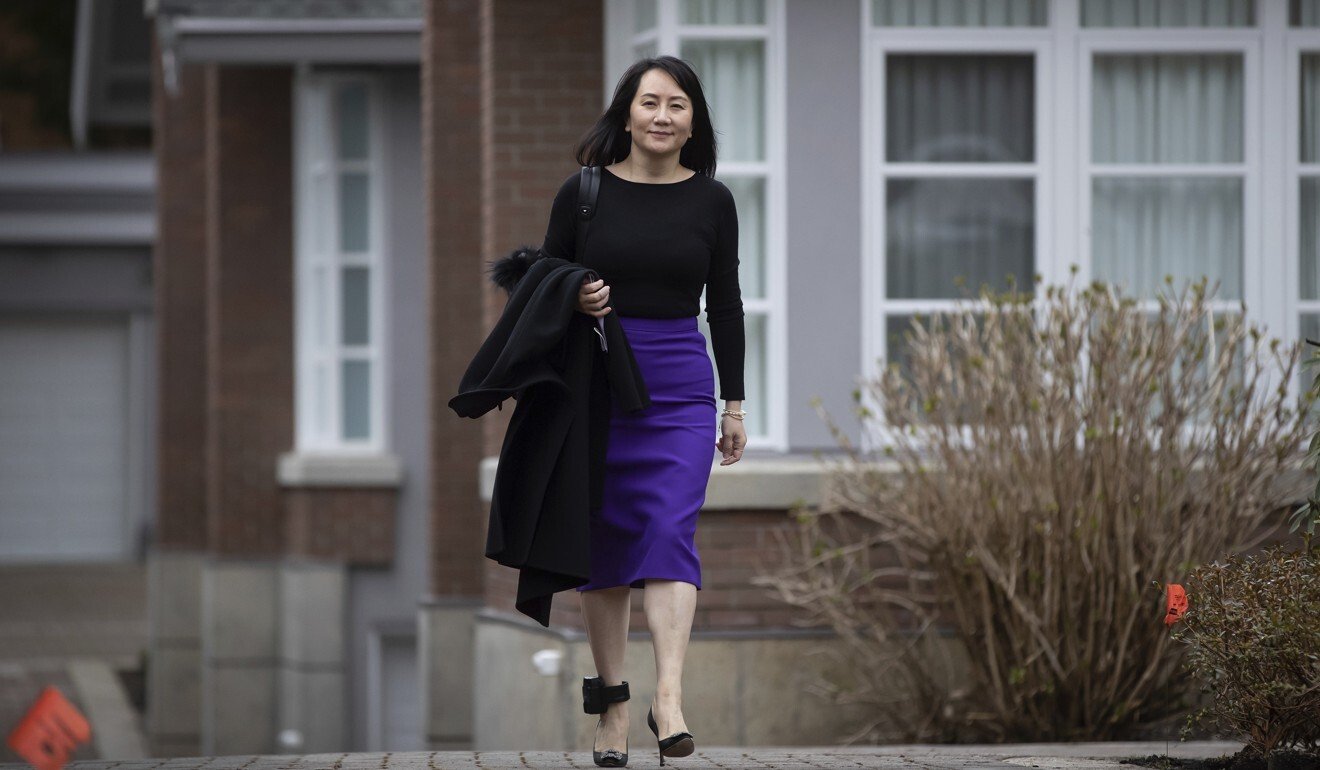 Another government lawyer, Diba Majzub, said that Meng was alleging a conspiracy between the FBI and Canadian police and border officers. But she had failed, he said.

“There is no direct evidence the US led such a plan or was even part of such a plan,” said Majzub; on the contrary, the US had acted lawfully in the case. Without proof of the US-led plan, “the applicant’s theory unravels”, Majzub contended.

Putting Meng on trial would be ‘triumph for rule of law’, Canada lawyer says

In a written submission, Meng’s lawyers said that their abuse argument was based on five breaches of her Canadian charter rights.

“When viewed cumulatively, it is clear that this misconduct so undermines the integrity of these extradition proceedings such that a stay of proceedings is required to distance this court from the past and ongoing abuse,” the submission said.

According to the submission, the warrant that resulted in Meng’s arrest had been obtained via misrepresentations by the US; Canadian police ignored the warrant’s command to arrest Meng “immediately” and delayed to facilitate a covert investigation; the police and border officers abused their powers to unlawfully act as agents of the FBI; the border officers unlawfully shared information with the FBI and Canada’s spy agency; and the police unlawfully searched Meng’s electronic devices and provided more information to the FBI.

These amounted to breaches, Meng’s lawyers argued, of sections seven and eight of the Canadian Charter of Rights and Freedoms, guaranteeing the right to life, liberty and security, and the right to be secure against unreasonable search or seizure, respectively. The Canadian charter applies to all people in Canada, regardless of citizenship or residency.

Meng’s ability to defend herself in the proceedings had been harmed irreparably, the submission said.

“In this case, the misconduct at issue has and continues to undermine the integrity of the extradition process. It is of such an egregious quality that no remedy other than a stay can redress the abuse to these proceedings,” the submission said.

But Canadian government lawyer Diba Majzub talked Holmes through the various interactions between US and Canadian authorities, defending them as entirely normal and proper. “From the very first steps the evidence shows the US acted lawfully and appropriately,” he said.

Meng was victim of ‘flagrant disregard’ and cover-up in Canada, court hears

The provisional request for Meng’s arrest set out a “fair summary” of the circumstances, and the subsequent communications between the FBI and the Royal Canadian Mounted Police were of the type contemplated under Canada’s extradition obligations, he said. There was no evidence of any information sharing at all between the FBI and Canada Border Services agency officers, Majzub said.

The hearing was adjourned until Wednesday.

Meng, 49, the eldest daughter of Huawei founder Ren Zhengfei, is accused by US authorities of defrauding HSBC by lying to the bank about Huawei’s business dealings in Iran, putting the bank at risk of breaching US sanctions on Tehran.

Her long battle to avoid trial in New York may be nearing its final stages. Hearings in the extradition battle are scheduled to conclude on May 14, after which Holmes will decide whether to approve extradition. But appeals could drag the process out for years, and the final decision on whether to send Meng to the US will be made by Canada’s justice minister.

Meng’s lawyers also contend that the US has no right to bring the proceedings under international law, and that the case against Meng amounts to a political prosecution. Holmes has already rejected another argument that the extradition bid should be thrown out because her conduct would not have constituted an offence had it occurred in Canada and thus failed the so-called “double criminality” test.

Meng’s treatment has infuriated Beijing. In the days after her arrest, two Canadians, Michael Kovrig and Michael Spavor, were detained by China and later accused of espionage.

The men both underwent brief trials in the past week. The trials were conducted in secret – due to national security considerations, Chinese officials said – and concluded in a matter of hours. No verdicts have been announced.

Canadian Prime Minister Justin Trudeau and other officials have said the men are victims of arbitrary detention and “hostage diplomacy” by China, in retaliation for Meng’s arrest.