Did Covid-19 help stamp out flu in China’s biggest city? 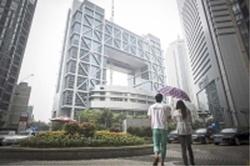 Flu virtually disappeared in China’s most populous city after the coronavirus outbreak last year, according to a new study, but researchers still cannot explain why.

The incidence of influenza peaked in Shanghai in February, at the height of the Covid-19 outbreak in the city, then dropped sharply to almost zero for the rest of the year, according to analysis of data from 30 hospitals across Shanghai.

In a paper published in the Shanghai Journal of Preventive Medicine on Monday, a team led by Zheng Yaxu from the Shanghai Municipal Centre for Disease Control and Prevention said four of the most common flu strains, including type B influenza and H1N1, disappeared completely.

The use of face masks and reduced social gatherings could be the reason, but it remains a theory “without direct proof”, the team said.

A similar trend was reported earlier in Beijing, but to a lesser extent, and sharp declines in flu cases have occurred in other countries. In Chile, Australia and South Africa, only about 0.06 per cent of patients with flu-like symptoms tested positive for the disease from April to July last year, a tiny fraction of the usual 13.7 per cent. In the United States, the average detection rate was 0.2 per cent last year, also considerably lower than previous years, according to the US Centres for Disease Control and Prevention.

Zheng and colleagues said lockdowns were the most likely reason for the decline.

For about two months in spring, when flu typically hits, China came to a near standstill with most people staying home and everyone outside wearing a mask.

The researchers were surprised that in autumn and winter, when life returned close to normal, influenza did not come back.

Zheng said more people were tested for the flu last year than before, so the results were reliable.

First Chinese coronavirus cases may have been infected in October 2019, says new research

Few other countries implemented measures as strict as those in China, however.

Many countries witnessed explosive growth in Covid-19 cases last year, with some areas such as the United States recording nearly 300,000 new patients each day in the worst period.

The flu, a respiratory disease, is spread like Covid-19 and researchers had raised concerns about the risk of co-infection by two or more different strains of flu and coronaviruses.

Instead, the flu disappeared in many parts of the world – a phenomenon that remains largely unexplained.

Zheng and colleagues said there could be some explanations besides masks and lockdowns.

For instance, the flu and Covid-19 could be in competition, they said. The global spread of Sars-CoV-2, the virus that causes Covid-19, could squeeze out the room for the usual flu viruses.

But this and other theories were not backed by solid evidence at present, according to Zheng.

Professor Kan Haidong, deputy director of the school of public health at Fudan University in Shanghai, said the disappearance of flu did not mean Covid-19 was “just the flu”, as some pandemic deniers argued.

The death rate from Covid-19 remained 10 times higher than that for the flu, said Kan, who was not involved in the Shanghai study.

“Flu has existed in human society for a long time and many people have antibodies, so it may not spread as easily or fast as Covid-19,” he said.

“Some modest measures, such as wearing a mask, may be just enough [to stop] the flu.” 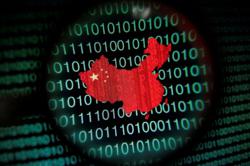