A screenshot shows the promotional poster for DBS Indonesia's "Reimagining the Future of Indonesia", a virtual discussion held on March 22, 2021 as part of its Asian Insights Conference series. - www.dbs.com/JP

JAKARTA (The Jakarta Post/ANN): The digital economy, electric vehicles (EVs) and infrastructure are this year’s prominent sectors according to an economist at Singapore’s DBS Bank, who has made the projection based on accelerated digitalization and the government’s investment focus during the pandemic.

“Everything has now moved online, so that the digital economy has really taken off, ” Rao said at the DBS Indonesia Asian Insights Conference 2021 titled "Reimagining the Future of Indonesia", held virtually on Monday (March 22).

“And because of that, if you have seen product lines like consumer electronics, regarding semiconductors, particularly inputs that go into computers, PCs, mobile phones, all of that, those industries have done very well. So there [were] a lot of investments that went into that space, ” she said.

The report also found that 37 per cent of all digital consumers in the country were new, with an overwhelming majority planning to continue at least one digital service post-pandemic.

“I think this time around, the government will be more eager to make sure it does not just stop at the commodity game so it does follow through, ” said Rao.

“There are a lot more downstream activities based on the commodity, so they would look at bringing the foreign companies to manufacturing companies to come onshore.”

Rao also said infrastructure was expected to be a driver this year, as the sovereign wealth funds of other countries had expressed interest in the INA.

INA CEO Ridha Wirakusumah said the sovereign wealth fund had infrastructure projects worth $9.5 billion in the pipeline, and that it planned to focus on toll road projects before moving on to other major projects such as airports and seaports.

“As the year wears on, I think it will become less and less about the pandemic and more and more about the medium-term push, and these are the few sectors, apart from health care, which we think will become quite prominent in the country, ” said Rao. - The Jakarta Post/Asia News Network 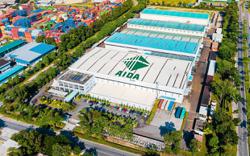