BANDAR SERI BEGAWAN (Borneo Bulletin/ANN): Electric vehicle (EV) charging stations will be installed throughout different locations in all four districts, with Belait and Temburong districts as a priority, as part of a pilot project under the Green Protocol launched recently by the Ministry of Development, under the Brunei Climate Change Secretariat.

Minister of Energy Dr Awang Mat Suny Mohd Hussein said this during the 17th Legislative Council (LegCo) session on Monday (March 22), in response to a query by LegCo member Emran Sabtu on the EV pilot project scheduled to be launched on March 25.

The minister shared that one of the actions in the pilot project is to identify a strategic location where EV charging stations can be installed, based on the public’s needs.

“As an initial step, the government is collaborating with Brunei Shell Marketing Co Sdn Bhd (BSM) for the installations of the EV charging stations at a number of locations in the country, ” he said.

The minister also said that the government is opening up opportunities to the private sector and commercial building owners to install the stations on their premises to encourage more confidence in the use of EVs.

He shared that technology now allows EVs to be charged at homes using charging kits plugged into electrical sockets, which come together with EVs when purchased.

In ensuring the safety of these home charging kits, the minister said that the Electricity Authority of Brunei Darussalam will be issuing a set of safety guidelines for their use and for public reference.

The two-year EV pilot project was announced recently, as one out of 10 main strategies under the Brunei Darussalam National Climate Change Policy (BNCCP) in addressing climate change issues.

The project will involve various stakeholders, and after two years of its implementation, an assessment and study will be carried out to gauge public response and determine its effectiveness.

According to a previous report, the nation is targetting 60 per cent of total vehicle sales by 2035, which means that around 0.23 million tonnes of carbon dioxide emission can be mitigated, equivalent to planting 4.6 million trees.

The Green Protocol is one of the initiatives spearheaded by the government in promoting a sustainable lifestyle to reduce carbon emissions in the country. It outlines a set of guidelines that can contribute significantly to the reduction of carbon footprint, through the adoption of efficient technologies and conservation measures in a number of areas – energy, water, paper and plastic usage, waste disposal management, official events management, and tree-planting. - Borneo Bulletin/Asia News Network 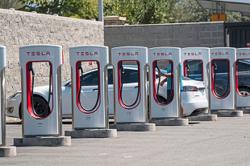 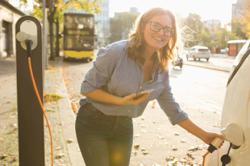