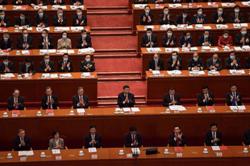 Information about the meeting has been widely spread in Chinese society. However, due to a series of offensive words and deeds by the US, the Chinese public has little expectations that this dialogue can achieve any substantive results. Chinese society as a whole is prepared for greater tensions between China and the US.

We believe the Chinese interlocutors are relatively relaxed for the meeting. It is a platform for strategic dialogue rather than a stage for the US to put unilateral pressures on China. Any idea that the US could dominate this dialogue is illusory. Their perceived strengths could have been used for other things, but they cannot shape China's attitude on issues concerning China's core interests

Could they ask China to withdraw the national security law for the Hong Kong Special Administrative Region, or to recall the decision made by the National People's Congress to amend and improve Hong Kong electoral system? Every Chinese can tell the US government that this is simply wishful thinking. Do Chinese diplomats need to take time off their busy schedules to set up a stage in Alaska to announce this point?

China believes that communication is always necessary because the US has an overall misjudgment about China. Whether through diplomatic contacts, through exchanges of opinion, or through the constant verification of words with real actions, China wants the US to gradually understand some of its basic positions and the sources of its confidence in defending them.

First, China has no geopolitical ambitions in the Asia-Pacific region. China's development is driven by the desire of more than 1 billion people to pursue a better livelihood. Further satisfying this desire is the fundamental focus of China's political governance. China does not believe that it has the ability, or that it is necessary, to pursue development by imperialist expansion. It has been proven by history that cooperation based on mutual benefit with other countries is more reliable and effective.

Second, China has explored a set of domestic governance methods that suit its national conditions. There are some ideological differences between China and the West, but China has no hostility toward the West. China has, since ancient times, always been an exponent of keeping harmony in diversity. The US initiated the strategic containment of China, which has deteriorated China' s security environment, forced China to speed up the development of its military power and carry out tit-for-tat ideological struggle. However, China has been maintaining its defensive strategy toward the West.

Third, China will never accept US interference in its internal affairs. How the US consumes the so-called human rights domestically is its own business. China will never give foreign forces a window to exercise long-arm jurisdiction on its internal affairs. What China can do is to help the US understand China's political logic and the moral basis for all its governance measures. Such a dialogue does not mean that China is likely to yield to any US pressure.

Fifth, it is China's sacred right to develop. China has never contemplated as a geopolitical goal the possibility of overtaking the US in economic growth in a few years, nor has China ever considered replacing US hegemony with "Chinese hegemony." It is Beijing's sincere hope that the 21st century will be a century of win-win results for China, the US and other countries. China's development will not be a zero-sum victory only for China, but should become shared benefits worldwide.

Sixth, the Chinese are confident that they are capable of defending their own national security, and no matter how hard the US tries, it cannot contain China. If the US is willing to coexist and cooperate with China in peace, China welcomes that and will work hard to make that relationship work. If the US is determined to engage in confrontation, China will fight to the end.

It is noted that the new US administration has put great efforts in its China policy. It has held a series of preparatory meetings with its allies and sent a lot of tough signals in an attempt to create a preemptive effect. However, major-country relations are not built on such swashbuckling tricks. The match of national strength and public will is the most important thing when major countries try to get along with each other. It is important to point out that the US has seriously overestimated the matching degree between its national power and its strategic fantasy of containing China. 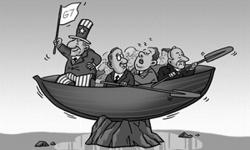