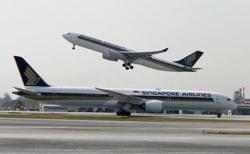 Swire Pacific, the parent company of Hong Kong’s struggling Cathay Pacific Airways, has reported its first ever annual loss and warned of further trouble ahead in 2021.

The British-controlled group reported a HK$10.99 billion (US$1.42 billion) loss last year, primarily caused by an unprecedented slump at its 45 per cent-owned airline, according to an earnings statement on Thursday. Swire made a profit of HK$9 billion in 2019.

“We continue to face significant challenges and uncertainties in 2021 as a result of Covid-19. The effect on the aviation division, particularly Cathay Pacific, is severe,” said the company’s chairman, Merlin Swire.

“It is a bit dangerous to predict whether we have recovered from the worst, but we are very encouraged by the pace of the vaccines being approved. By the middle of the year, we think there will be very good take-up of the vaccination in Hong Kong and life will be much easier.”

The chairman, a member of the sixth generation of a family that traces its roots in mainland China back more than 150 years, was speaking during the company’s annual results briefing on Thursday.

He warned that Swire Pacific is very likely to see another loss in the first half of this year.

Excluding changes in the value of investment properties, the group recorded an underlying loss in 2020 of HK$3.97 billion, compared with an underlying profit of HK$17.8 billion in 2019.

The conglomerate said it has never seen an underlying loss since its listing in 1959.

“This has been a year of historical challenges for us, and the progress of many of our businesses was sharply arrested by Covid-19. Cathay Pacific was particularly hard hit,” said Swire.

Swire’s Chinese name is Taikoo, which loosely translates as “great and ancient”. The name was selected by Thomas Taylor Meadows, the British consul in Shanghai at the time when the group founded by John Swire set up its business in the city in 1866 under the name of Butterfield & Swire.

To gain a foothold in China’s lucrative aviation market, Swire Pacific and its partners in Cathay Pacific Airways had to reorganise the carrier’s top management amid the social unrest in Hong Kong last year. That led to the departure of chief executive Rupert Hogg and chairman John Slosar.

On Wednesday the carrier reported record losses of HK$21.6 billion in 2020, a year blighted by the Covid-19 pandemic – the worst crisis in commercial aviation history. It has received a HK$39 billion bailout from the Hong Kong government to ride out the pandemic.

“Cathay currently has a strong liquidity position after the recapitalisation and is in a great position to navigate its way through the crisis from here until recovery. There is absolutely no sign that further capital will be required from shareholders. We have a lot of confidence in Cathay’s future,” said Swire.

The group’s 82 per cent-owned Swire Properties, the unit that manages Pacific Place in Admiralty and six retail-hotel complexes in mainland China, reported a 47 per cent drop in core profit to HK$12.68 billion in 2020, it said in a separate filing.

In stark contrast to Hong Kong’s moribund retail sector, retail sales in mainland soared 29 per cent in the second half of last year as the country bounced back from Covid-19.

“Historically our balance was towards our home base here in Hong Kong but that has been gradually changing as we take up more opportunities in the mainland,” said Guy Bradley, chief executive of Swire Properties.

The CEO said that its high-end shopping centre, Taikoo Li Qiantan in Shanghai, is expected to open gradually from April and is currently 70 per cent leased. 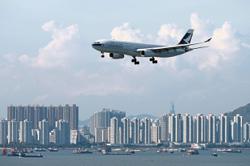