Fossilised bones were found on Koh Por island in Koh Kong province by a team of archaeologists from the Cambodian Ministry of Environment. - Phnom Penh Post/ANN

PHNOM PENH, March 14 (Phnom Penh Post/ANN): A team of archaeologists from the Ministry of Environment is studying fossilised bones found on Koh Por next to the Tatai Wildlife Sanctuary in Bak Khlang commune, Mondul Seima district, Koh Kong province. Based on preliminary findings, the fossil may be of animals that lived when dinosaurs roamed the earth.

Lim Vanchan, office director of the heritage area department of the ministry’s general department of local communities said on March 9 that the fossil is 70cm long and 20cm wide.

Vanchan added that based on the findings, the team has claimed that this could be a fossil of an animal related to wildlife found in Cambodia. It was found in a layer of sandstone on the island where seawater washed over it.

“According to the geological map, the area’s age is era II [between 65-190 million years ago]. This means this animal lived during a time when dinosaurs were alive. The ministry’s research team will continue to study in collaboration with experts in archaeology to help determine this species,” he said.

According to the ministry, the study of the fossils found on Koh Por was carried out by the ministry’s heritage area department fossil study team in collaboration with the Mondulkiri provincial department of environment after the discovery and study of an ammonite fossil.

What are ammonites? The ministry said that it is a species from the snail and squid family. According to a preliminary examination, the size of these animals is up to 25cm. This species was found in Mondulkiri province in 2019 in the Srepok Wildlife Sanctuary.

According to the geological time line, ammonites lived during the Mesozoic era II from 225 to 65 million years ago. This is preliminary data from the team which will need further study. 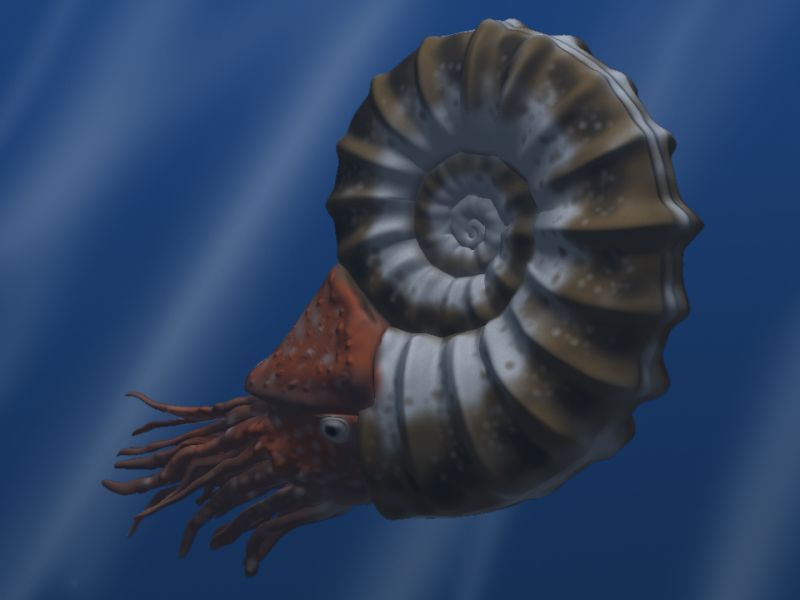 Ministry spokesman Neth Pheaktra said that fossil research is a framework to examine the related history of protected areas and the development of natural resources. He said it is a study of the potential of existing species and areas that have fossils. This is to link the present and past developments of species across the country.

“We know that our protected areas are not only rich in natural resources and wildlife, but also have temples. So the heritage area department is conducting this study to compile accurate data. Second, it is to link tourism as well, because the work of visiting protected areas is not only to look at the forest or wildlife, but also to find out about the past of the area,” he said.

In 2019, the teamwork of the department excavated fossilised wood in Lumphat Wildlife Sanctuary in Ratanakkiri province with the participation of experts. The result of the dig revealed a fossil – which looks like a tree – that it is 13m long. The examination of 18 more tree fossils would continue.

There are also fish fossils. Impressions of the eyes and fins, and parts of the head can be seen. The tail is detached from the body section. The size is about 3cm wide and 8cm long.

This fossil was found by the fossil study team of the ministry’s department of heritage area of the general department of local communities in 2019 located in Phnom Svay, Banteay Meanchey province. Many other specimens have also been found.

Currently, Phnom Svay has become a natural heritage site. It used to be covered by water and was formed by the accumulation of sediment over time, according to the geological map of Cambodia.

These mountains date back to the Permian era (225-280 million years ago), called the Paleozoic. - The Phnom Penh Post/ANN