JAKARTA, March 13 (The Jakarta Post/ANN): With a mass vaccination drive for teachers underway and expected to be completed in the next three months, the government has decided to allow all schools to reopen for the new academic year in July.

And the Covid-19 cases in the country is also getting lower.

According to the ministry, 6,016 more Covid-19 patients were discharged from hospitals during the cited period, bringing the total number of recoveries to 1,237,470.

Parents have also voiced their reluctance to send their children back into the classrooms as they are not part of the ongoing inoculation drive and over fears of a new, more contagious Covid-19 variant that was recently detected in the country.

Dintun, a mother of three in West Jakarta, said the government's plan was “too rushed” and reckless, and that inoculating teachers alone would not be sufficient to prevent virus transmission in schools. “Children need protection, too, especially as they generally lack the discipline to follow health rules properly,” she told The Jakarta Post.

She would rather not risk the safety of her second, third and ninth graders by sending them to school in July, preferring that they continue online learning — as frustrating as the method can be sometimes, she added.

Research suggests that children are just as likely as adults to catch Covid-19, but they are less likely to develop symptoms or suffer a severe case of the disease.

Around 168,500 people under the age of 18 have tested positive for Covid-19 since the start of the pandemic last year, or around 12.1 percent of total confirmed cases nationwide.

However, Covid-19 deaths in children account for the smallest fraction of all deaths among different age groups, with 0.8 percent for children under the age of 5 and 1.3 percent for those aged 6 to 18.

So far, there are no Covid-19 vaccines available for children. However, late last year, American firms Pfizer and Moderna enrolled adolescents aged 12 to 17 in clinical trials of their vaccines, expecting to have the results by June. 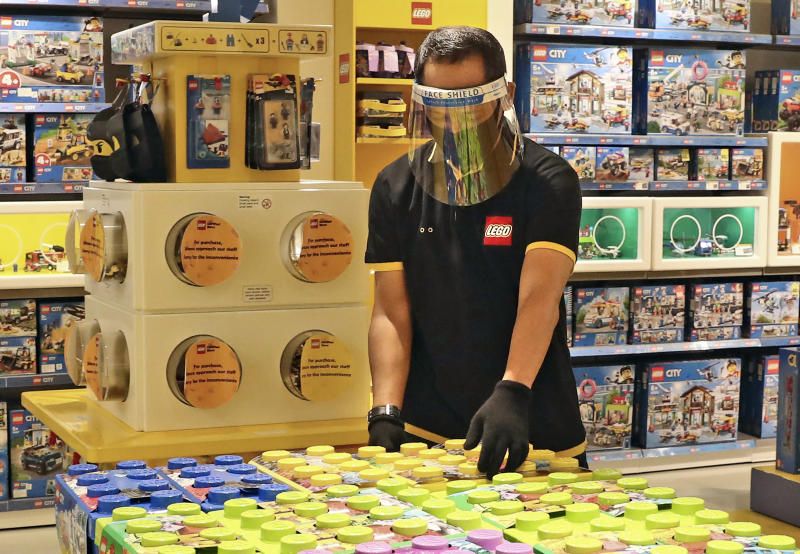 Arientha Primanita, a 37-year-old housewife from Ciledug, Tangerang, Banten, said she would wait until the health situation was completely safe before allowing her 7-year-old son to return to school.

“I feel bad for my son, who has been deprived of his right to learn and play at school during the pandemic,” she said.

"But I’m worried that he might catch the virus at school and spread it to his 3-year-old brother and his 62-year-old grandmother, who lives with us.”

Arientha urged the government to be patient and wait until at least 70 per cent of the population had been inoculated to reach herd immunity before resuming in-classroom education.

President Joko "Jokowi" Widodo said during the launch of the vaccination program for teachers late last month that he wanted all schools to resume classroom sessions by July after all the country's 5 million teachers were inoculated.

Last week, Education and Culture Minister Nadiem Makarim instructed all state schools to use their operational aid (BOS) from the government to prepare for reopening. But Satriawan Salim from the Association for Education and Teachers (P2G) said July was too early for the resumption of campus activities, especially considering the recent discovery of the British virus variant in Indonesia.

"Many parents told us that were are afraid of sending their children to school because they have not been vaccinated.

"The situation became more worrisome after the Health Ministry found a more contagious coronavirus variant in Indonesia," he said.

The association said it would rather have the government stick to its earlier plan of reopening schools only in regions with low Covid-19 risk levels while continuously evaluating their adherence to health protocols.

This month marks a full year since Indonesia detected its first Covid-19 cases, but the country has still not been able to reduce its positivity rate to under 10 per cent.