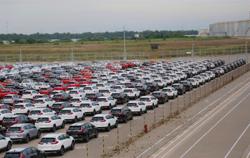 HANOI, March 12 (Xinhua): Vietnam exported over US$2.4 billion worth of wood and wood products in the first two months of this year, surging 51 percent year on year, according to the country's General Statistics Office has announced.

In February alone, the country earned US$1.1 billion from exporting wood and wood products, posting an increase of 42.1 percent year on year.

In 2020, Vietnam raked in over US$12.3 billion from exporting wood and wood products, up 15.7 per cent from 2019 and accounting for 4.4 per cent of the total export revenue, with China, Japan and the United States among the major markets.

The positive development of Vietnam's wood industry in recent years, even after the Covid-19 outbreak, was mainly attributable to the openness of domestic business regulations, as well as the effect of newly-signed trade pacts including the Comprehensive and Progressive Agreement for Trans-Pacific Partnership, the EU-Vietnam Free Trade Agreement and the Regional Comprehensive Economic Partnership, said the office.

In January and February, Vietnam also spent US$448 million in importing wood and wood products, up 34.8 per cent year on year. Insufficient domestic wood material forced the country to import it from overseas, said the office.

Vietnam introduced a national logging ban in natural forests in 2016 and has since intensified forestation as well as timber import.

Meanwhile, Vietnam recorded only four new imported cases of Covid-19 infection on Thursday night (March 11), bringing the total confirmed cases in the country to 2,533, according to the country's Ministry of Health.

All the new cases are Vietnamese citizens who recently entered the country from abroad and were quarantined upon arrival, said the ministry.

As many as 2,048 patients have been given the all-clear, the ministry said, adding that over 44,500 people are being quarantined and monitored. 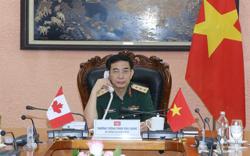