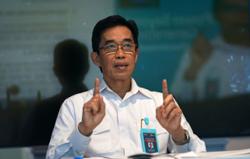 An Indonesian soldier reacts while receiving a dose of China's Sinovac Biotech vaccine for the coronavirus disease (Covid-19), during a mass vaccination program at a sport hall in Jakarta, Indonesia, March 10, 2021. - Reuters

JAKARTA, March 12 (Reuters): Japanese automakers Suzuki Motor Corp and Mitsubishi Motors Corp plan to increase their investments in Indonesia over the next four years in the manufacturing of hybrid models, an Indonesian minister said.

Suzuki will raise its investment in Indonesia by 1.2 trillion rupiah (US$83.36 million) to develop mild hybrid vehicles, Indonesia's industry minister Agus Gumiwang Kartasasmita, said on Thursday in Japan, where he is meeting automakers and government officials.

Mitsubishi Motors will invest an additional 11.2 trillion rupiah (US$778 million) in Indonesia by the end of 2025 and develop two electric vehicles in the country, Agus said in a statement released to the media.

The news comes as Covid-19 cases in the country are getting under control.

According to the ministry, 6,851 more people were discharged from hospitals, bringing the total number of recovered patients to 1,231,454

Meanwhile, the offices of Mitsubishi and Suzuki in Indonesia did not immediately respond to requests for confirmation late on Thursday, which was an Indonesian national holiday.

Mitsubishi's chief executive Takao Kato told Reuters in December that the automaker sees hybrid models in Southeast Asia as a key part of its electrification strategy to stay competitive in the region.

Agus said Mitsubishi's production capacity in the country would also be increased.

He said vehicle ownership was low in Indonesia so "the potential of investors coming in is really good."

Toyota Motor Corp has previously said that it planned invest $2 billion to develop electric vehicles (EVs) in Indonesia over the next four years. (https://reut.rs/3l5Qn1M) 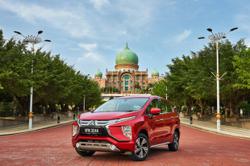 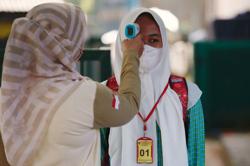