India's Prime Minster Narendra Modi addresses supporters of the Bharatiya Janata Party (BJP) during a mass rally ahead of the state legislative assembly elections at the Brigade Parade ground in Kolkata on March 7, 2021. - AFP

NEW DELHI, March 8 (Bloomberg): Following a sluggish start, India’s Covid-19 vaccination drive -- one of the world’s biggest -- has jumped nearly four-fold after the country opened it up to more people and got a crucial public endorsement from the inoculation of Prime Minister Narendra Modi.

Almost 21 million shots have been administered in India so far, up from 5.8 million a month ago, according to data compiled as of Monday by Bloomberg and Johns Hopkins University. The number of doses per 100 people has also climbed to 1.58 from 0.44. A record 1.6 million Indians received a Covid-19 vaccine on Saturday, data show.

After an initially lukewarm response -- due in part to the controversial approval of a homegrown vaccine before it had completed clinical trials -- the vaccination drive gained some momentum after Modi took the injection on March 1 and urged others to follow suit. India also opened the rollout to all citizens above 60 years of age and those 45 and older with co-morbidities, either for free from a state center or for a fee of as much as 250 rupees (US$3.40) at private hospitals.

Some of the biggest companies operating in the country have said they will cover the costs of vaccination for their employees and families, including Accenture Plc, Infosys Ltd. and Reliance Industries Ltd., owned by Asia’s richest man Mukesh Ambani. "With your support, we will soon be able to put this pandemic behind us,” Nita Ambani, a director at Reliance and wife of Mukesh, said in a letter to employees seen by Bloomberg.

"A large number of people are coming,” Azad Moopen, the chairman of Dubai-based Aster DM Healthcare Ltd., which operates 13 private hospitals in India, said in an interview Friday. But there’s still a "huge gap” to be bridged for India to reach its vaccination targets. 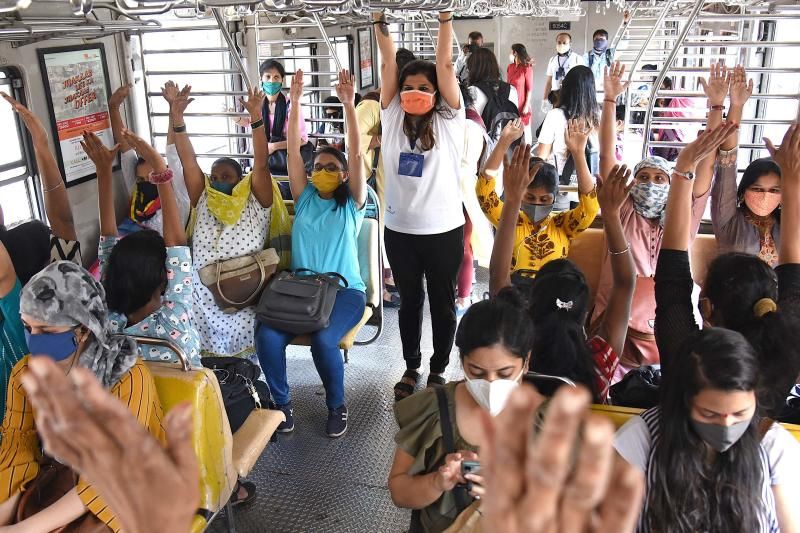 Along with AstraZeneca Plc’s shot, India has also authorized the use of Covaxin, a vaccine developed by Hyderabad-based Bharat Biotech International Ltd., which initially caused hesitancy among medical and frontline workers. It was approved in early January before it had concluded final-stage human testing.

Bharat Biotech announced earlier this month that Covaxin showed a strong efficacy of 81% in those without prior infection after a second dose. Modi was also injected with the indigenously developed Covaxin -- a move that may have helped shore up confidence.

India will need all these tailwinds to meet its target of inoculating about a quarter of its population by August. Maintaining the momentum in vaccination is not always easy, as Hong Kong’s experience shows. Also as demand rises, supply shortages may arise in India unless bottlenecks are eased quickly.

The head of the world’s biggest vaccine maker, Adar Poonawalla of the Serum Institute of India Ltd. -- which is producing hundreds of millions of AstraZeneca’s Covid vaccine in the country -- on Thursday warned of impending global shortages due to a U.S. law blocking the export of certain key items such as bags and filters. 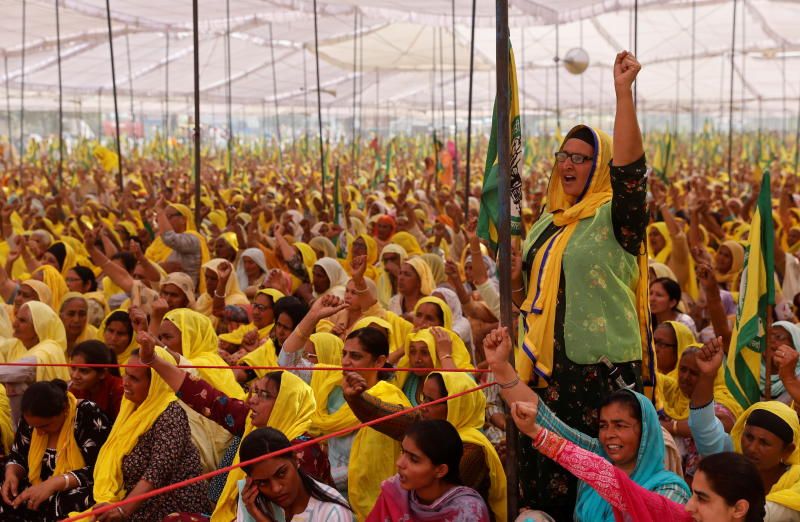 Home to the world’s the second-worst Covid outbreak, India will also need to open its vaccination program more widely if it has to curb further waves. This may mean allowing younger Indians to be inoculated and giving hospitals permission to directly purchase vaccines from the manufacturers instead of queuing up for state-procured supplies.

"The government should involve the private sector very actively,” said Moopen. "The manufacturers have huge stocks with them.”

A wider vaccination program is also key to sustaining the nascent economic recovery and retail boom across India, as people flock to shops and restaurants.

"Growth over the next few months could be driven by pent-up services demand, particularly with the vaccine rollout progressing,” HSBC Holdings Plc researchers, including Chief India Economist Pranjul Bhandari, wrote in a report on Friday. "Having said that, risks cannot be ignored,” including "the sudden surge in new pandemic cases in a few states.”

According to the official data, the death toll mounted to 157,853 as 97 Covid-19 patients died since Sunday morning.

There are still 188,747 active cases in the country, while 10,882,798 people have been discharged so far from hospitals after medical treatment. There was an increase of 4,224 active cases during the previous 24 hours, out of which 5,090 were reported from the southwestern state of Maharashtra alone. - Bloomberg 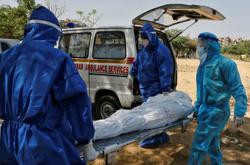 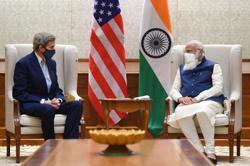