A REGISTERED American sex offender used dating sites to connect with impoverished women in the Philippines and offered them money in return for sexually explicit photos of their children.

Charles Lee Frazier, 41, pleaded guilty on Wednesday to attempting to produce child pornography, said the US Attorney’s Office for the Southern District of Ohio.

He faces at least 25 years in prison and up to 50 years at his sentencing scheduled for later this year. 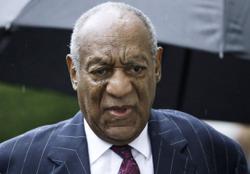