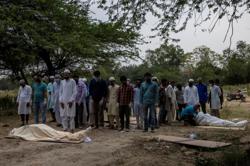 Indian farmers participate in a protest while blocking a major highway to mark 100 days of the ongoing farmer protests against new farm laws along the Delhi-Haryana border near New Delhi, India, Saturday, March 6, 2021. Thousands of farmers have hunkered down outside New Delhi’s borders since late November to voice their anger against three laws passed by Parliament last year. Prime Minister Narendra Modi’s government says the laws are necessary to modernize agriculture but farmers say they will leave them poorer and at the mercy of big corporations. - AP

Farmers young and old headed in cars, trucks and tractors to the highway for a five-hour roadblock to oppose three farm laws enacted in September 2020 they say hurt them by opening up the agriculture sector to private players.

Modi has called the laws much-needed reforms for the country's vast and antiquated agriculture sector, and painted the protests as politically motivated.

"The Modi government has turned this protest movement into an ego issue. They are unable to see the pain of the farmers," said Amarjeet Singh, a 68-year-old farmer from Punjab state. "They have left us no option but to protest."

Tens of thousands of farmers from several north Indian states have been camped out on the outskirts of the capital in bitter cold since December demanding that the laws be repealed. 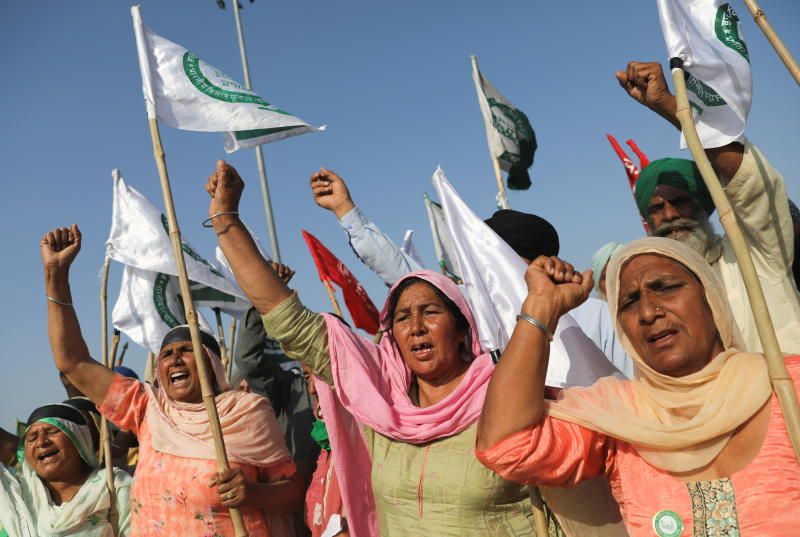 Their movement has gained international attention and support, including from celebrities such as climate activist Greta Thunberg and U.S. singer Rihanna, but several rounds of negotiations between farmer leaders and the government have failed.

Modi's government has lashed out at supporters of the protests and stands accused by rights activists of using heavy-handed tactics to curb the protests.

While the protests have been mostly peaceful, a brief spate of violence on Jan. 26 led to the death of a protestor, and the police have filed criminal charges against eight journalists over alleged misreporting on the events of the day.

"The Indian authorities' response to protests has focused on discrediting peaceful protesters, harassing critics of the government, and prosecuting those reporting on the events," Human Rights Watch said in a statement last month.

As the capital braces for harsh summers and the harvesting season begins, farmers gathering on Saturday said they had no plans to turn back until their demands were met.

"Bitter cold didn't affect our movement, and neither will deathly heat," said Raja Singh, a 58-year-old farmer from Punjab state. Meanwhile, India's federal government on Saturday asked local authorities to prioritise Covid-19 vaccinations in several districts of eight states including New Delhi that have seen a spike in coronavirus cases in recent weeks, it said in a statement.

"These districts are seeing a decrease in total tests being conducted, low share of (tests), increase in weekly positivity and low number of contact tracing of the Covid-19 positive cases," it added, citing a risk of transmission to neighbouring regions.

India is the second worst-hit country from the coronavirus after the United States, with more than 11 million recorded cases (11,192,088) and over 150,000 deaths.

The country began vaccinations in mid-January and at least 12 million health and frontline workers have received the shot so far. India aims to vaccinate 300 million of its 1.35 billion people by August. 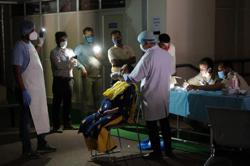 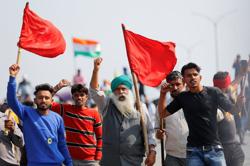