Images from The Nation Thailand/ANN

BANGKOK, March 5 (Xinhua): Thailand plans to vaccinate 40 million people in the country against Covid-19 within this year, said a high-level government official has announced.

That would call for procurement of an additional 17 million doses as the country had earlier announced plans to buy a total of 63 million doses of vaccines throughout this year, including 2 million doses from China's Sinovac and 61 million AstraZeneca doses.

However, Anutin said the plan will be subject to approval by the National Vaccine Committee, chaired by Prime Minister Prayut Chan-o-cha.

Thailand on Friday (march 5) also confirmed 79 new cases of coronavirus infection, mostly domestic, according to a report of the Center for the COVID-19 Situation Administration (CCSA). 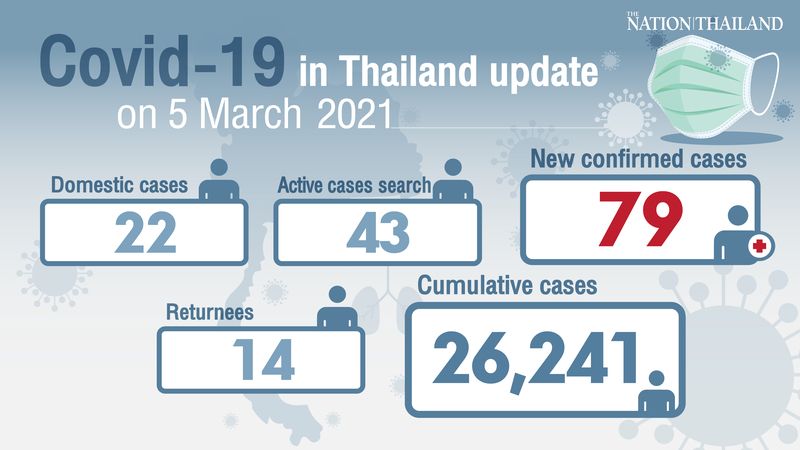 Of the 79 cases, 65 were reported as domestic while 14 others referred to those who had returned from abroad and tested positive for the coronavirus in the country, the CCSA report says.

Thailand has so far confirmed 26,241 cases of infection, 23,418 of which were reported as domestic while 2,823 others referred to those who had returned from abroad and tested positive in the country.

So far, 25,641 patients have fully recovered and been released from hospitals while 515 others are currently hospitalized and 85 fatalities have been reported. 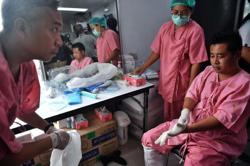