A woman wearing a protective mask reacts as she receives a dose of China's Sinovac Biotech vaccine for the coronavirus disease at a drive-thru vaccination station, during the mass vaccination program for elderly people, in Jakarta, Indonesia, March 5, 2021.- Reuters

The South-East Asian country's Covid-19 caseload is among the worst in Asia, with more than 1.36 million infections and 36,800 deaths, although new cases have dropped significantly in the past month.

About 38 million doses of vaccine produced by Sinovac have arrived in the South-East Asian country so far and 4.6 million ready-to-use doses of AstraZeneca's vaccine will arrive this month, Jokowi, as the president is popularly known, said in a televised statement commemorating a year since the country first detected the novel coronavirus on its soil. 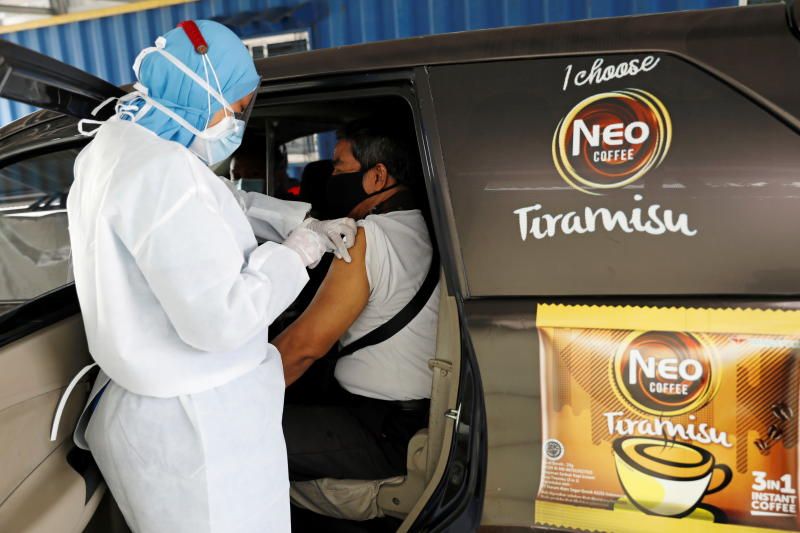 "The acceleration of the vaccination is one of the keys to controlling Covid-19 transmission," he said.

The president warned that Indonesia needs to remain vigilant despite a falling number of new cases, but he urged people not to worry about a variant of the coronavirus, first discovered in Britain, that was recently detected in Indonesia.

According to the ministry, 6,331 more people were discharged from hospitals, bringing the total number of recovered patients to 1,182,687.

The virus has spread to the country's all 34 provinces. 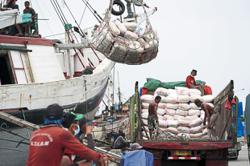