Facebook Inc has taken down 185 accounts and groups engaged in an information-influencing operation in Thailand run by the military, the company said, the first time it has removed Thai accounts with ties to the government.

The Thailand-based network removed in the latest sweep of “coordinated inauthentic behaviour” on the platform included 77 accounts, 72 pages and 18 groups on Facebook and 18 accounts on Instagram, Facebook said on Wednesday.

The company said the accounts were linked to the Thai military and targeted audiences in the southern provinces of Thailand, where conflict has flared on and off for decades as insurgent groups continue a guerrilla war to demand independence.

According to local reports, Thai Prime Minister General Prayut Chan-o-cha said he had ordered the Defence Ministry to investigate the case.

Some 7,000 people have been killed during the past 15 years as a result of the insurgency in the Malay-speaking, largely Muslim southern region of predominantly Buddhist Thailand.

“This is the first time that we’ve attributed one of our takedowns to links to the Thai military, ” Nathaniel Gleicher, Facebook’s head of Cybersecurity Policy, said.

“We found clear links between this operation and the Thai military’s Internal Security Operations Command. We can see that all of these accounts and groups are tied together as part of this operation.”

The network, mainly active in 2020, used both fake accounts and authentic ones to manage groups and pages, including overt military pages and those that did not disclose their affiliations with the military, Gleicher said.

In October, Twitter Inc also took down 926 accounts it said were linked to the Thai army that promoted pro-army and pro-government content. The army denied it was behind the accounts.

Twitter in November also suspended a Thai pro-royalist account linked to the palace that was connected to thousands of others that spread content in favour of Thailand’s monarchy.

Facebook also said on Wednesday that it took down four other networks from Iran, Russia and Morocco engaged in such coordinated inauthentic behaviour. — Agencies 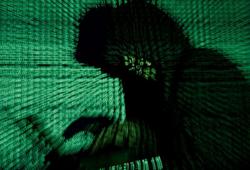