Buddhist nuns surround the casket of Pho Chit, an anti-coup protester who died during a March 3 rally, during his funeral in Yangon, Myanmar on Friday, March 5, 2021. Demonstrators defy growing violence by security forces and stage more anti-coup protests ahead of a special U.N. Security Council meeting on the country's political crisis. - AP

YANGON, March 5 (AFP): Electricity supply was briefly cut across many areas of Myanmar on Friday because of a "system breakdown", according to multiple government agencies.

People started posting on Twitter and Facebook about the widespread blackouts across commercial hub Yangon at around 1:30 pm local time (0600 GMT).

Further north in the city of Magway, along the Irrawaddy River, the region's Electricity Supply enterprise reported the same. 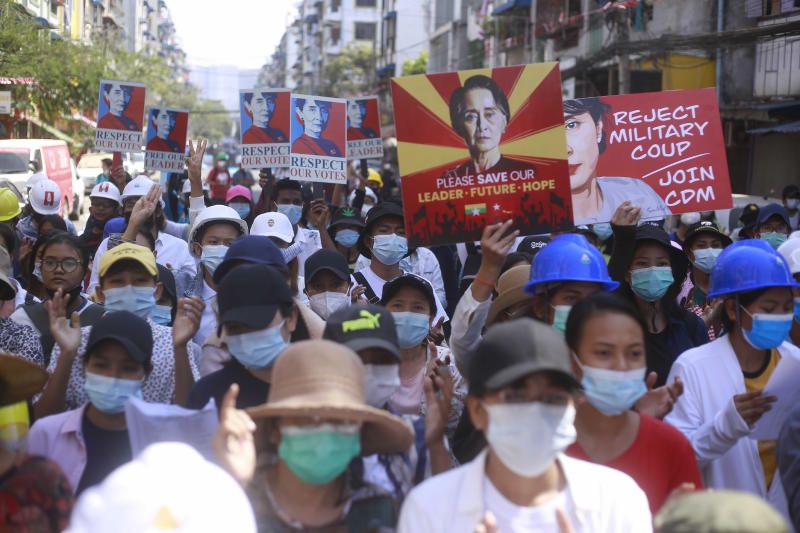 Users of Facebook -- an extremely popular platform in Myanmar -- also reported electricity blackouts in other parts of the country.

By 4 pm (0900 GMT), Yangon Electricity Supply Corporation announced that they had restored the power, which would take time to transmit across Myanmar's largest city.

"We are letting the people from all townships know that we are trying to transmit power across Yangon at this time," they posted on their official Facebook page.

People across the country began reporting on Facebook that their electricity had returned.

The supply cut comes as the junta has tightened its chokehold on communications, blocking social media platforms -- which people have skirted by downloading VPNs -- and imposing a nightly internet shutdown.

Myanmar has been in turmoil since the February 1 coup that ousted civilian leader Aung San Suu Kyi from power, with soldiers and police escalating the use of force on the streets to quell nationwide protests.

Earlier, a protester was shot dead in Myanmar on Friday (March 5), in the latest round of bloodletting at anti-coup demonstrations as the UN Security Council prepared to meet on the escalating crisis.

Despite an increasingly brutal crackdown by the military authorities that has seen more than 50 people killed, protesters took to the streets again in towns around the country to denounce the February 1 coup.

The violence has brought condemnation from around the world, with the UN rights chief demanding the junta "stop murdering and jailing protesters", and the Security Council is set to discuss the crisis later Friday.

But despite the mounting international pressure, the generals have shown no signs of heeding calls for restraint. 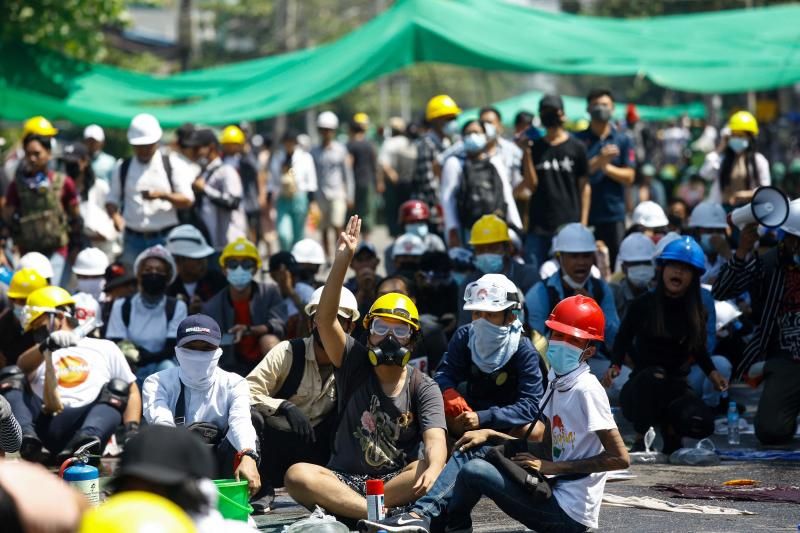 In Mandalay, Myanmar's second largest city, hundreds of engineers took to the streets crying "Free our leader" in reference to ousted State Counsellor Aung San Suu Kyi, detained by the military since the first night of the coup.

A 26-year-old man helping at barriers set up in the city to slow security forces died after being shot in the neck, medical officials told AFP.

The killing follows the deadliest day of the crackdown so far on Wednesday, when the UN said at least 38 people were killed as graphic images showed security forces firing into crowds and bloodied bodies dragged away.

There were also protests Friday in the central town of Bago and the San Chaung district of the commercial capital Yangon -- a hotspot for rallies -- where groups of demonstrators sang a song of defiance.

Meanwhile in the country's north, a number of people have crossed the border into India in a bid to escape the crackdown.

Indian police said nine people had crossed the 1,600-kilometre (1,000-mile) frontier -- three of whom were police officers who had refused to take part in putting down protests. 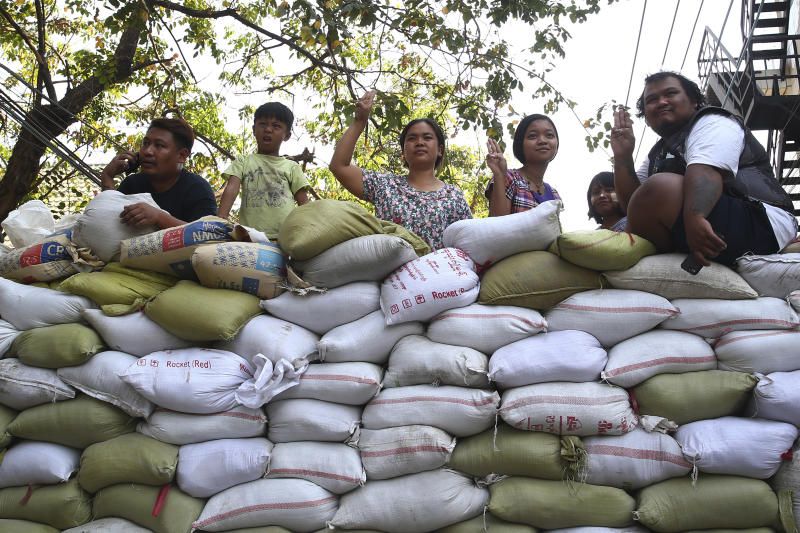 The junta has sought to stop news of the crackdown getting out, choking the internet and banning Facebook, the most popular social media platform in the country.

But live video feeds and recorded footage are leaking out daily, and on Friday the junta suffered its own internet ban as YouTube shut off a number of military-run channels.

Last month's coup brought a crashing halt to a decade-long experiment with democracy in Myanmar, which was previously under military rule for nearly five decades.

The country's generals have historically had few qualms about brutally suppressing dissent, crushing major protest movements in 1988 and 2007.

As in the past, the international community has in the last few weeks sought to cajole and shame the junta into moderation, slapping on sanctions and calling out abuses.

The US has tightened export controls on Myanmar, putting the country in the same category as adversaries Russia and China and limited the transfer of any equipment with military uses. 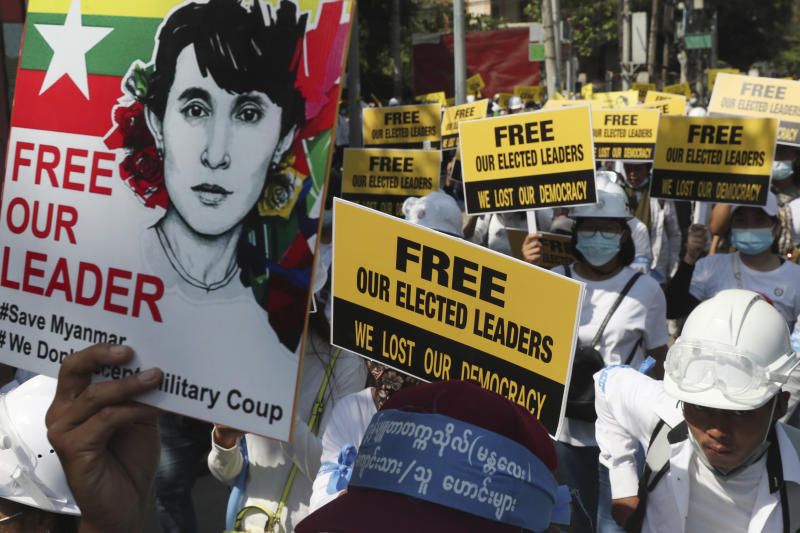 Boris Johnson, prime minister of Myanmar's former colonial ruler Britain, said Thursday he was "horrified" by the escalation in violence.

The United Nations Special Rapporteur on the rights situation in Myanmar, Thomas Andrews, has called for a "global arms embargo" on the country as well as an International Criminal Court probe into alleged atrocities.

In New York, there was a fresh twist in the saga of Myanmar's representative to the UN.

The newly appointed ambassador resigned, saying his predecessor -- sacked by the junta after dramatically condemning their seizure of power in a speech to the UN General Assembly -- was still the legitimate envoy. - AFP