BEIJING, March 5 (People's Daily): Seventeen targets set in the Report on the Work of the Government 2020 were all met by the end of 2020, with many even exceeded, gov.cn said on March 2.

Last year, China’s CPI increased by 2.5 percent year-on-year, compared with the target of around 3.5 percent set in the government work report.

Last year, the country cut the rates for corporate broadband and dedicated internet access services by 31.7 and 18.6 percent respectively, compared with the goal of 15 percent for both.

In 2020, China’s deficit-to-GDP ratio increased from 2.8 percent to above 3.6 percent year-on-year, meeting the goal of more than 3.6 percent. 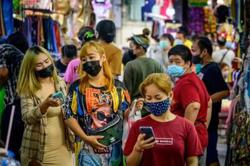