SINGAPORE (The Straits Times/ANN): A new university of the arts will be formed by an "alliance" between the Nanyang Academy of Fine Arts (Nafa) and Lasalle College of the Arts, Education Minister Lawrence Wong announced on Wednesday (March 3).

"Because of the quality and standards that both Lasalle and Nafa have achieved, I'm happy to share that the Ministry of Education (MOE) will grant the alliance its own degree-awarding powers, and also confer it university status.

"So this will be our first university of the arts in Singapore," he said in Parliament.

Wong elaborated that the new umbrella university will be private but will be supported by the Government, and that both Lasalle and Nafa will remain as distinct colleges offering their own programmes and retaining their distinct identities.

The move looks to create a more diverse range of opportunities for both students and faculty, he added, with more cross-institution modules and projects and the pooling of resources.

Degrees for Singaporeans and permanent residents at both colleges are subsidised by the Government now at rates comparable with those at autonomous universities here.

Last year, Nafa had an intake of 130 Singaporeans and PRs across its degree programmes, while Lasalle had about 300.

In response to queries from The Straits Times, both said they had seen healthy demand for their degree programmes in recent years.

Lasalle's president Steve Dixon said: "The alliance between both parties will be strengthened with expanded central services, as well as academic governance and quality assurance systems enabling the awarding of degrees in the name of the university.

"It will drive synergies between both colleges, and enhance capabilities in areas such as student support and industry partnerships."

Both colleges are locally established arts intuitions which offer diplomas and degrees in various Asian and Western art forms, often in partnership with overseas universities such as Goldsmiths and the University of the Arts London.

MP for West Coast GRC Foo Mee Har, who also spoke in Parliament on Wednesday, emphasised the quality of Singapore's home-grown institutions, mentioning Nafa as an example of one with excellent outcomes.

She said these institutions should be given degree-awarding powers independent of their foreign partners.

"Singapore can encourage private education institutes to fill talent gaps in specialised fields, and to build best-in-class capabilities in niche areas and thereby complement the broad-based education offered by a public system," she said.

The new university is also intended to have a social role beyond simply providing skills and expertise.

"We envisage the university to contribute more to cultural life in Singapore and the region, and offer a stronger value proposition to its students and stakeholders," said Wong.

"I hope the new arts university will take tertiary arts education in Singapore to greater heights -- enabling our youth with strengths and talents in this field to maximise their potential and contribute to our economy and our society."

No date has been set for the opening of the new university, which will be supported by both MOE and the Ministry of Culture, Community and Youth.

Ambassador Chan Heng Chee, chair of the National Arts Council, will head a committee overseeing the implementation of the new alliance. - The Straits Times/Asia News Network 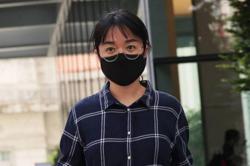