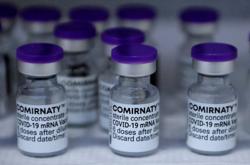 Beijing: A new vaccine against Covid-19 by CanSino Biologics is projected to provide protection for two years if a booster shot is administered, said a scientist who played a key role in the vaccine’s development.

The vaccine, called Ad5-nCoV, has an efficacy rate of 65.7% at preventing symptomatic cases and is 90.9% effective in preventing severe disease with a single injection, according to interim analysis of late-stage human trials released in February.

The vaccine uses a genetically modified adenovirus – a common type of virus – to carry an antigen from the novel coronavirus into cells to induce an immune response.

Chen Wei, a key figure behind the vaccine and a researcher at the Institute of Military Medicine of the Academy of Military Sciences, told China Central Television that data shows a single dose should provide protection for six months, and “there is no need to take an additional shot during the six-month period”.

“We also created booster shots for inoculation after six months, and with a single booster, we can increase the immune response by 10 to 20 times.

“Based on available data, we estimate two shots can provide protection for two years, ” she said.

The Ad5-nCoV vaccine was jointly developed by CanSino Biologics and the Academy of Military Medical Sciences.

It is the fourth vaccine manufactured by Chinese firms to get conditional approval for market use.

The three others were inactivated vaccines produced by Sinovac and Sinopharm.

The majority of the leading Covid-19 vaccines, including those produced by Sinovac, Sinopharm, Pfizer, Novavax, Moderna, AstraZeneca and Russia’s Gamaleya Center, typically require two doses with an interval of at least two weeks.

Recent studies from the United Kingdom, however, suggested a single dose of the Pfizer vaccine can also provide strong protection.

Chen said if someone wants to save time and achieve relatively strong protection against Covid-19 before traveling abroad, the CanSino vaccine should be the first option.

The other single-dose Covid-19 vaccine in late-stage clinical trials that released data is the vaccine developed by Johnson & Johnson.

The vaccine, approved on Saturday for emergency use by the United States Food and Drug Administration, also uses a modified adenovirus as a delivery agent, like the CanSino vaccine.

The Johnson & Johnson vaccine was reported to have a 66% efficacy rate against moderate and severe cases, along with 85% effectiveness overall in preventing severe disease.Chen said the CanSino vaccine is easy to store and is generally safe.

It can be kept and transported at 2°C to 8°C, making it easier to distribute and administer in developing countries.

China is also capable of producing 500 million doses of the vaccine annually, “which can cover 500 million people”, she said.

Another advantage of the CanSino vaccine is that it has been proved safe for people age 60 and older during phase two clinical trials, Chen said.

Other vaccines approved for conditional market use in China have an age restriction of between 18 and 59.

Chen said the clinical testing for those aged six to 18 for their vaccine is also complete. — China Daily/ANN 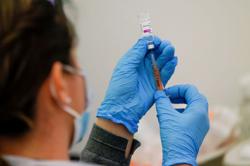