A woman holds up a poster against Myanmar military coup as part of the Milk Tea Alliance united rally in Taipei, Taiwan, on Feb 28, 2021. - Reuters

WASHINGTON/BRUSSELS (Reuters/AFP): The United States, United Nations and European Union on Sunday (Feb 28) condemned the violent crackdown after Myanmar police fired on protesters and at least 18 people were killed in the worst violence since a Feb 1 military coup.

US Secretary of State Antony Blinken condemned what he called "abhorrent violence" by Myanmar security forces in the latest deadly crackdown against protesters there.

"We stand firmly with the courageous people of Burma & encourage all countries to speak with one voice in support of their will," Blinken said on Twitter He said the United States "will continue to promote accountability for those responsible."

UN Secretary-General Antonio Guterres strongly condemns the violent crackdown in Myanmar and is deeply disturbed by the increase in deaths and injuries, a UN spokesman said on Sunday.

"The use of lethal force against peaceful protesters and arbitrary arrests are unacceptable," UN spokesman Stephane Dujarric said in a statement.

"The Secretary-General urges the international community to come together and send a clear signal to the military that it must respect the will of the people of Myanmar as expressed through the election and stop the repression," Dujarric said.

EU diplomatic chief Josep Borrell on Sunday condemned the military crackdown in Myanmar and confirmed the bloc would adopt sanctions in response.

"Violence will not give legitimacy to the illegal over-throwing of the democratically-elected government" in Myanmar, Borrell said in a statement.

"In shooting against unarmed citizens, the security forces have shown a blatant disregard for international law, and must be held to account."

It marks the bloodiest action so far to smother opposition to the country's military coup four weeks ago.

"The European Union will take measures in response to these developments shortly," Borrell said.

European ministers have already agreed on sanctions against Myanmar's military over the coup and have decided to withhold some development aid.

The sanctions are expected to be finalised in the coming days and will take effect once an official notice has been published by the EU. 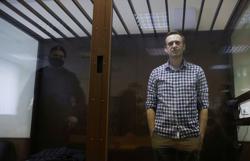