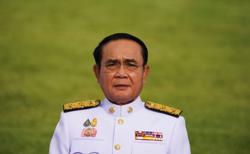 Ali did not reveal further details about the case.

“The investigation is still ongoing. We will release more information about the arrest and the case following an initial 24-hour probe,” the spokesperson told The Jakarta Post.

Nurdin and the other detainees were transferred from the provincial capital of Makassar to Jakarta on Saturday morning.

They arrived at the KPK office in South Jakarta at 9:45 a.m. Upon arriving in Jakarta, Nurdin told journalists before entering the building that he had been sleeping when KPK investigators arrived at his residence and detained him for questioning pertaining to a graft case.

On Friday morning, several hours before the arrest, the governor inaugurated 11 regents and mayors who had been elected in the 2020 regional elections.

During the ceremony, Nurdin told the newly elected regional leaders to do their job well, tribunnews.com reported.

A former academic with a Ph.D. in agriculture, Nurdin was elected in the 2018 South Sulawesi gubernatorial race.

In 2017, he was awarded the prestigious Bung Hatta Anti-Corruption Award for his commitment to promoting good governance while serving as the regent of Bantaeng.

At that time, the award’s board of judges credited Nurdin for several innovations he brought to the regency, including the implementation of a bidding system for official positions.

The then-regent also introduced a system that would rotate officials every three or six months to avoid “a comfort zone for corruption”.

Under Nurdin’s administration, Bantaeng’s economy experienced growth as investors came and brought trillions of rupiah into the region without illegal charges. - The Jakarta Post/ANN 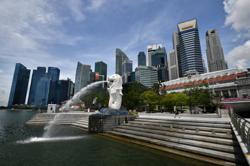