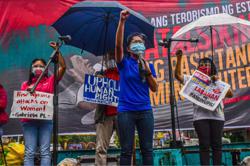 Lawmaker Sarah Elago faces a daily barrage of Facebook posts linking her to communist rebels trying to overthrow the government. She says the claims are false, but they could get her killed anyway.

A torrent of misinformation on the social media platform has put activists, journalists, politicians and lawyers in the firing line as President Rodrigo Duterte’s government and military out alleged supporters of a decades-old Maoist insurgency.

Facebook’s reach into the smartphones used by millions of Filipinos has made it a powerful weapon in amplifying the accusations – known locally as “red-tagging” – which critics say are part of a broader effort to silence dissent.

“Red-tagging is like an order to kill, ” said Elago, an outspoken Duterte critic who watches her back in public for fear of being physically attacked.

In the past year her name has appeared in more than 14,000 posts on Facebook that also mention the New People’s Army (NPA), the armed wing of the communist party, according to data from social media monitoring platform CrowdTangle.

AFP’s Fact Check team has debunked many of them, including one post on a pro-government page called “Duterte Fact News”, which has more than 34,000 followers.

The post shows Elago in a police mugshot holding a charge card that accuses her of recruiting rebel fighters. AFP found the photo had been manipulated.

It was shared hundreds of times and drew comments calling for Elago to be killed or raped.

The most viral posts targeting Elago, generating tens of thousands of shares, were on the official page of Duterte’s National Task Force to End Local Communist Armed Conflict.

Hundreds of others have been posted on Facebook pages claiming to be the official accounts of police stations across the country.

Red-tagging is not new in the Philippines. But rights groups say it has intensified under Duterte, whose brutal drug war and controversial anti-terrorism law have sown fear. — AFP 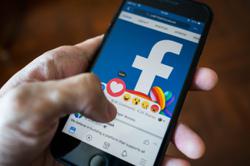