BEIJING (China Daily/ANN): Mass vaccinations for individuals have started in all districts in the Chinese capital Beijing in recent days, the city's government said.

The city, which has a population of more than 21 million, completed coronavirus vaccinations for around 3.63 million people as at Sunday (Feb 21).

The municipal government said vaccination of individuals will continue in the coming weeks.

After the Chinese New Year holiday, which ended on Feb 17, many districts started vaccinating people who had made reservations online. The work is usually organised with the help of communities.

"Receiving vaccination is good for our health. Meanwhile, as a company in the service industry, our customers can be less worried when our staff have taken the doses," said Jia Feiyue, president of Beijing Huatian Catering Group, which owns many restaurants in the city.

Jia said 90 per cent of his staff members have been vaccinated.

Xicheng district, where the group is headquartered, has organised vaccinations for restaurant staff since the middle of this month.

By Monday, 20,000 of the 48,000 restaurant staff in the district had been vaccinated and the work is continuing. Vaccinations for people working in other industries will then follow.

Zhang Guoshun, an official from Xicheng's market supervision bureau, said signs have been put up denoting restaurants where more than 80 per cent of staff have been vaccinated.

By Monday, Dongcheng's health authority had given 401,576 doses, including first and second doses.

People who have taken both doses are considered to have completed the vaccination.

For large institutions and companies, many districts will send teams to workplaces to carry out the vaccinations.

In Haidian district, where many companies are based, the authorities sent medical teams to companies to improve vaccination efficiency.

Tencent Group, whose Beijing headquarters are in Haidian, organised for 3,800 staff members to be vaccinated on Monday and Tuesday.

Jiang Chu, director of Haidian district's disease prevention and control center, was invited to the company's vaccination site to answer inquiries about the vaccinations both on-site and online, through a live-streaming broadcast.

Chen Miao, who works in marketing at Benewake, another technology company in Haidian, said the government has provided great service.

"Many of my colleagues have received the doses, as the whole process was simple and easy," she said. "I believe the government workers have made lots of effort to simplify the procedures." - China Daily/Asia News Network 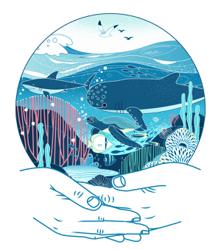 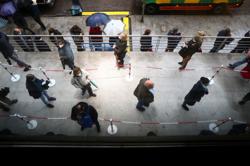