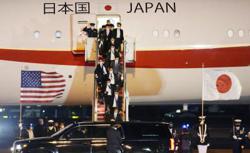 BEIJING (Global Times): US Senate Majority Leader Chuck Schumer said on Tuesday (Feb 23) that he has directed lawmakers to craft a package of measures to counter China's rise, capitalising on bipartisan hard-line sentiment on Beijing in Congress to strengthen the US tech sector and counter "unfair practices."

This echoes US President Joe Biden's call for "extremely fierce competition" with China.

China welcomes justified, even extreme competition from the US. If the US wants to reinforce its overall leadership by maintaining its high-tech edge, China is willing to dance with it to achieve a long-term win-win result through competition.

However, the US should not take destructive actions to disrupt the basic order of the global economy and science and technology, or shoot a poisonous arrow at China with some so-called sanctions to contain China's development.

China is destined to move forward. We have some long-term cultural and institutional advantages. The US should view them objectively and respect its strength, instead of trying to suppress them in a conspiratorial and evil way.

China has always been positive about some strengths of the US and tried to learn from them. In turn, the US should correct its attitude.

China has realised rapid development and will maintain a faster growth than the US for a period in the future. Here are some basic reasons.

Ordinary Chinese people are very hardworking, able to endure hardships, and strive for progress. Such factors form the collective motivation of Chinese people to catch up with the world class advanced targets.

Chinese people often work longer than other peoples for a better life. They are willing to take challenges. From ancient times, Chinese people have lived in a relatively populous environment with a tight supply of resources. This has made them more tenacious.

If China-US competition is a marathon, such characteristics of Chinese people would be the country's advantage in the game.

The Chinese population is over four times that of the US. And the demand of consumption is growing, becoming a lasting potential that the US cannot compete with.

Automobile sales in China will be twice more than in the US, and the gap will widen. This is a clear signal of differences between the two countries' market potential. The US has no option other than to admit the gap and adapt to it.

China's political system, which has been repeatedly attacked by the US, combined with China's cultural traditions, has helped China achieve effective organisational and mobilization capabilities, enabling the country to respond well to disasters and accidents such as the impact of the Covid-19 epidemic, and to ensure the smooth progress of the country.

China also has a strong strategic planning ability to turn the blueprint into reality, unlike the US, which often has seesaw policies that lead to emptiness and waste.

The uninterrupted history of civilisation has shaped the grand historical view of Chinese society, which is the reason that the Chinese people can have strategic calm in the face of the crazy suppression and "extreme competition" of the US.

A few decades or a century may seem like a long time to Americans, but to the Chinese people, it is just a short span.

The Chinese people are very good at balancing the present life with the long-term goals of the country. We have seen this many times and have a sincere desire for peace and common prosperity for mankind.

The clamour of some radical political elites in the US to "destroy China" is an extreme manifestation of that group's narrow-mindedness.

What we want to say is that they lack historical understanding, as ridiculous as it is pathetic. China has never wanted to beat anyone. In our opinion, everyone has his merits and every country has its strengths.

But to anyone who wants to fight fiercely against China, our continuous history of civilisation is the best answer.

As for the US, it has the advantages of a dynamic society and a strong spirit of innovation. Americans should remember that the aforementioned advantages of China are incomparable.

If the US really wants to compete, engage in a fair competition and make the rules fair, rather than being centered on the US. Time is the fairest judge. - Global Times 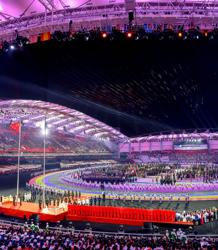