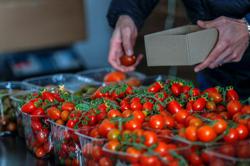 BEIJING (Xinhua): China firmly rejects the unacceptable accusations made by the UK, which has abused the platform of the UN Human Rights Council to spread disinformation, smear China and meddle in China's internal affairs, a foreign ministry spokesperson said here Wednesday (Feb 24), urging the UK to take concrete measures to improve its domestic human rights condition.

At the high-level segment of the 46th session of the UN Human Rights Council, British Foreign Secretary Dominic Raab attacked China on issues related to Xinjiang, Hong Kong and Tibet.

"We welcome people from all over the world travelling to Xinjiang to see the region's prosperity and the residents' happy life," spokesperson Wang Wenbin told a daily press briefing.

He said more than 1,200 foreign diplomats, international organization officials, journalists and religious personnel from over 100 countries have visited Xinjiang in the past years under the invitation of the Chinese side, and they agreed that what they saw and experienced in the region was entirely different from Western media reports.

"The door to Xinjiang is always open. We welcome the UN High Commissioner for Human Rights to visit Xinjiang.

"China already extended invitation to the High Commissioner for visiting Xinjiang and other places in China, and both sides have been in communication on that," he added.

Wang however stressed that the purpose of the visit is to enhance bilateral exchange and cooperation rather than carry out "investigations" with the presumption of guilt.

"We firmly oppose any political manoeuvres to press China on this matter."

"The UK's proposed so-called 'resolution' is apparently out of the ill intention to muddy the water, slander China and sabotage China's cooperation with the UN High Commissioner for Human Rights, which we firmly oppose," Wang said.

He noted that the UK is keen on lecturing and pressuring other countries, meddling in their internal affairs and practising politicisation and double standards on human rights issues. However, it turns a blind eye to the severe human rights issues at home.

According to Wang, one-third of British families with children aged under five live below the poverty line, and millions of children suffer hunger.

The British military committed murder of innocent civilians and torture in Iraq and Afghanistan, but the perpetrators are still sheltered by the government and unpunished. In the UK, there are a lot of such phenomena as racial discrimination, xenophobia, hate speech, and severe rights abuses against refugees and immigrants.

"We urge the UK to take concrete measures to improve domestic human rights condition and contribute something tangible to the sound development of the international human rights cause," Wang said.

Also on Wednesday, a spokesperson for the Foreign Affairs Committee of the National People's Congress, China's top legislature, condemned the adoption of a motion concerning China's Xinjiang by Canada's House of Commons.

Spokesperson You Wenze said the motion has seriously distorted facts and wantonly attacked China's policy on Xinjiang, constituting gross interference in China's internal affairs and a malicious provocation against the Chinese people.

"We strongly condemn it and express our firm opposition to it," the spokesperson said.

China's Constitution and the Law on Regional Ethnic Autonomy clearly provide that the state protects the development, the lawful rights and interests of ethnic minorities, and people in Xinjiang are entitled to the human rights prescribed by the Constitution, said the spokesperson.

"The so-called 'genocide' is an outright groundless accusation," the spokesperson said.

Harnessing economic development and education resources, the vocational education and training centers in Xinjiang are effective measures for preventive counter-terrorism and deradicalization, as evidenced by the fact that Xinjiang has not seen a single terrorism incident in the past four years or so. 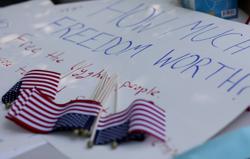 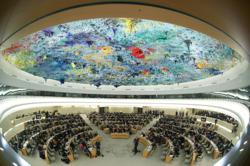