Boris Johnson hosts a virtual meeting of G7 leaders in the Cabinet Room at Downing Street in London on Feb 19, 2021. - AFP

BEIJING (China Daily/ANN): The UK leader's irresponsible remarks at the Munich Security Conference on Friday (Feb 19) have done nothing but further damage the already tense relationship between the two countries.

The Chinese embassy in the United Kingdom was fully justified in lodging solemn representations expressing China's grave concerns about his misrepresentation of the facts and its firm opposition to his repeated unwarranted interference in China's internal affairs.

UK Prime Minister Boris Johnson, who was obviously eager to gain the approval of the new US administration, once again chose to try and curry favour by following its lead in peddling lies about China's actions in the Xinjiang Uygur autonomous region and Hong Kong Special Administration Region.

If the UK continues along this path, it will eventually hit a dead end in its cooperation with China and damage its own interests in Hong Kong.

At the Munich forum, Johnson again alleged that his country has offered British Nationals Overseas passport holders in Hong Kong a route to British citizenship.

Johnson once again accused China of breaking a treaty with the UK and imposing a so-called repressive national security law in Hong Kong.

But it is the UK that has broken its word. In a memorandum of understanding exchanged between the countries, it explicitly pledged that BNO passport holders who are Chinese citizens residing in Hong Kong shall not have the right of abode in the UK.

As to the national security law in Hong Kong, its promulgation and implementation fall within China's sovereignty and conform to international practice. Not to mention that during the British colonial rule era, the British Treason Act was applied in Hong Kong with special enforcement agencies.

What is truly "repressive" is the actions of Hong Kong separatists who seek to subvert the "one country, two systems" and imperil national security in Hong Kong.

In fact, the UK's continual meddling in Hong Kong affairs largely stems from the colonial mentality and arrogance of some UK politicians who have yet to wake up to the reality that Hong Kong is no longer under British colonial rule.

These politicians should understand that there is not a single paragraph or word in the Sino-British Joint Declaration that says the UK shoulders any responsibility for Hong Kong after the handover.

They should instead focus on how better to respond to the pandemic and how to handle the aftermath of a poorly thought through Brexit.

Shaking the political foundation for the healthy development momentum of relations with China is self-harming at a time when the UK needs all the help it can get.

With the global uncertainties showing no signs of abating, the UK might want to reconsider putting all its eggs in the US basket, since that appears to be an overarching policy. - China Daily/Asia News Network 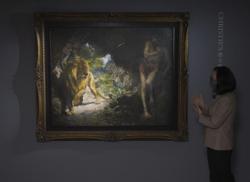