The suspects include seven local citizens, 21 permanent residents and 14 foreigners, aged between 21 and 67.

According to the RBPF, the suspects tried to release trussed-up cockerels when the police arrived, but were apprehended in the attempt.

Eleven cockerels, gambling equipment and cash were seized, and brought to the Panaga Police Station for further investigation.

Charges have been filed against the suspects in accordance with Section 6 (1) of Chapter 28 under the Common Gaming Houses Act.

If found guilty, those involved will face a fine of up to BND10,000 and six months’ imprisonment.

Meanwhile, the house owners face charges under Section 4 (a) of Chapter 28 under the Common Gaming Houses Act, which is punishable by a fine of up to BND20,000 and 12 months’ imprisonment.

The RBPF will continue to monitor and gather intelligence across the nation to eradicate illegal activities. 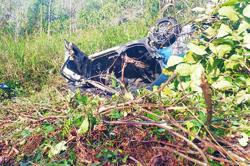