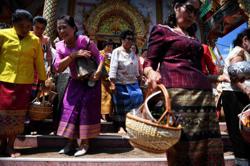 VIENTIANE, Feb 20 (Xinhua): Cases of dengue fever in Laos have reached 122 since January, according to a report from the Lao Ministry of Health has announced.

The highest number of dengue patients were reported in Lao capital Vientiane at 32, while 30 cases in Attapeu, and 15 cases in Luang Prabang province, according to the report.

The ministry encouraged people to clear potential mosquito breeding sites around their homes and workplaces to help control the spread of dengue fever.

According to the World Health Organization, dengue fever is one of the fastest emerging infections and is currently the most rapidly spreading viral disease known, with Thailand, Laos, the Philippine and Singapore also seeing high incidences.

Meanwhile, the value of goods exported from Laos to Vietnam was recorded at US$1bil in 2020 despite trade disruption due to the Covid-19 pandemic.

The main items sold to Vietnam were drinking water, minerals and wood products, and agricultural products such as rubber, coffee, maize, cassava, rice and cattle, according to the Lao Ministry of Industry and Commerce.

The value of trade between Laos and Vietnam is expected to rise further this year, although trade is at risk of continued disruption if there are further outbreaks of the virus in the region, local daily Vientiane Times reported on Wednesday.

In 2020, Vietnam saw a breakthrough in its investment activities in Laos with total registered investment capital of US$143 million, including nine new and existing projects, representing an increase of 130 percent year-on-year.

As part of the cooperation strategy for 2021 and the next 10-year period, the two countries have agreed to further boost economic cooperation, especially in trade, infrastructure and telecommunications, while seeking financing from international partners for joint projects. 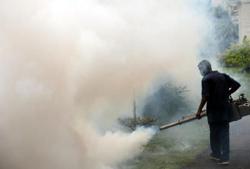