Singapore took the top spot, while the second-highest ranked country on the index was Malaysia (21st), followed by Brunei and Thailand (38th).

Brunei’s digital inclusiveness strength lies in its affordability. While the country’s overall score is 65, its affordability score is significantly higher at 86. This is due to cheap mobile-broadband prices, which are priced to match benchmarks set by Singapore and Malaysia.

Digital inclusion is defined as the empowerment of individuals and societies to effectively use information and communication technologies (ICT), enabling them to contribute to and benefit from today’s digitalised economies and societies.

In South-East Asia (SEA), around 150 million adult – 31 per cent of the population – are digitally excluded. Disabilities, illiteracy, age, wealth, concentration of economic activity in urban areas and enterprise access to capital are common factors that create the divide.

The index measures and analyses levels of digital inclusiveness in countries across the globe. It ranks 82 countries, based on their scores across four digital inclusion levers: accessibility, affordability, ability and attitude.

SEA ranks fifth out of seven global regions, and below the global average. Singapore finished top of the 10 Southeast Asian countries. Myanmar was the most improved nation in the entire index. This study details the strengths, weaknesses and digital inclusion development results for each SEA country.

The Digital Inclusion Framework also factors in the importance of the two main actors in digital inclusion – governments and the private sector. It offers recommendations for both, focussing on the content creation role of the private sector and leadership role of government.

Data was compiled for the index from sources such as government publications, global databases and international surveys. Southeast Asia’s rankings were hampered by low scores for affordability and ability, due to large low-income populations, and levels of education and digital literacy in emerging areas that lag behind the global average. 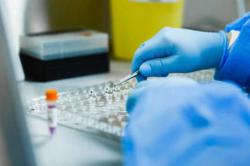