HONG KONG -- Chief Executive of the Hong Kong Special Administrative Region (HKSAR) Carrie Lam said on Monday that Hong Kong will be more actively participating in the nation's development in 2021, which is the opening year of the country's 14th Five-Year Plan.

When talking to HKSAR deputies to the National People's Congress (NPC) online, Lam said Hong Kong will focus on the development of the Guangdong-Hong Kong-Macao Greater Bay Area, the Belt and Road Initiative and the new development pattern of domestic and international dual circulation.

She expressed the hope that HKSAR deputies to the NPC would continue to express their views on the related work and give their firm support to the HKSAR government.

A total of 24 deputies expressed their views covering a wide range of topics during the meeting. 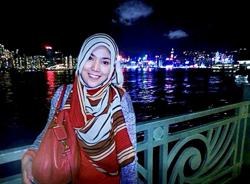