RISHIKESH (India), Feb 8 (AFP): Fourteen people were confirmed dead on Monday and at least 170 others were still missing after a chunk of glacier broke off and unleashed a devastating flash flood in India, officials said.

The wall of water barrelled down a valley in India's Himalayan north on Sunday morning, destroying bridges, roads and two hydroelectric power plants.

"There was a cloud of dust as the water went by. The ground shook like an earthquake," local inhabitant Om Agarwal told Indian TV.

Uttarakhand state government said on Monday 14 bodies have been recovered from different places but that according to local officials 170 others were missing. Fifteen had been rescued.

On Sunday police had put the number of people missing at more than 200, most of them from the two power plants.

Some were trapped in two tunnels cut off by the floods and by mud and rocks.

Twelve people were rescued from one of the tunnels on Sunday but 25-30 more were still trapped in the second one, state disaster relief official Piyoosh Rautela told AFP.

With the main road washed away, paramilitary rescuers had to climb down a hillside on ropes to reach the entrance. 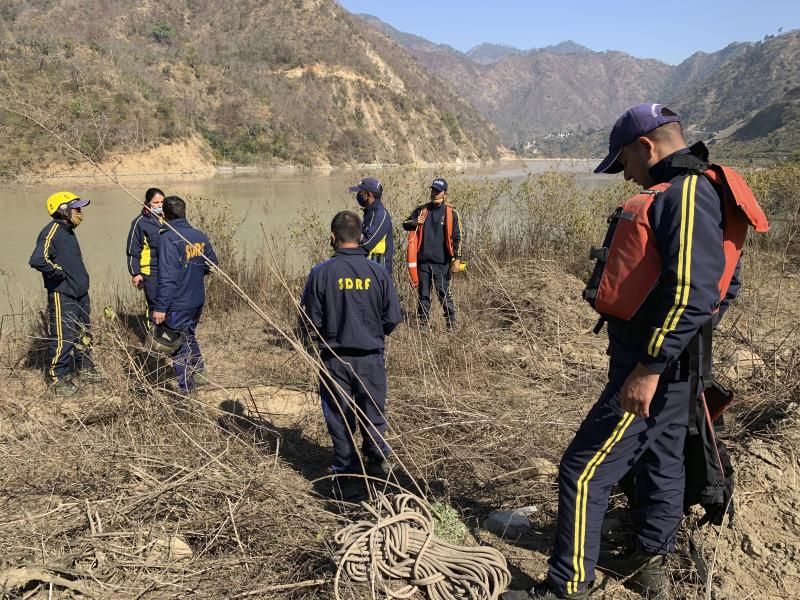 Officials said two dams had been emptied to stop the flood waters from reaching the holy towns of Rishikesh and Haridwar where authorities barred people from going near the river.

Villages on hillsides overlooking the river were evacuated, but as night fell authorities said the main flood danger had passed.

Scores of social media users captured the disaster, with footage showing water tearing through the narrow valley below one of the power plants with terrifying force.

"India stands with Uttarakhand and the nation prays for everyone's safety there," he said on Twitter.

Floods in 2013 in Uttarakhand, which borders Tibet and Nepal, killed 6,000 people, and led to calls for a review of development projects in the state.

Vimlendhu Jha, founder of Swechha, an environmental NGO, said the disaster was a "grim reminder" of the effects of climate change and the "haphazard development of roads, railways and power plants in ecologically sensitive areas."

According to the official data, the death toll mounted to 155,080 as 84 Covid-19 patients died since Sunday morning. 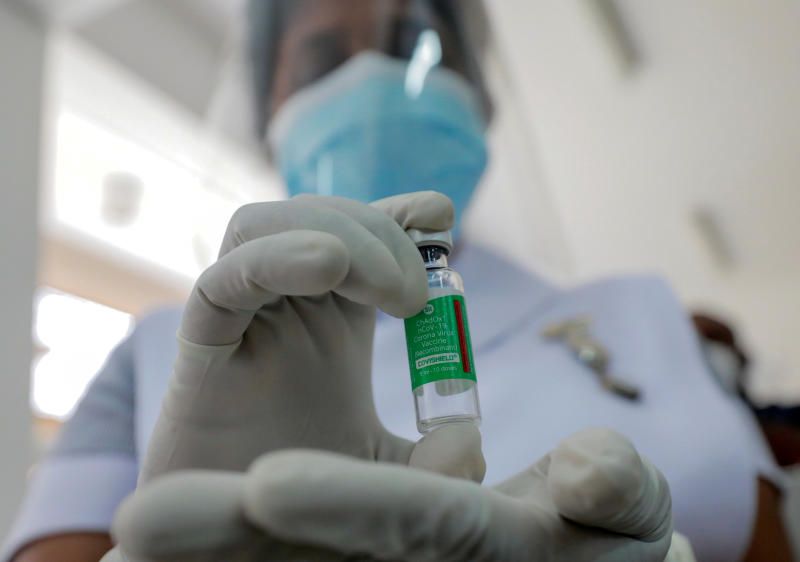 This was the third consecutive day when the death toll recorded in a single day was below 100.

There are still 148,609 active cases in the country, while 10,534,505 people have been discharged so far from hospitals after medical treatment.

January 16 was a crucial day in India's fight against the pandemic as the nationwide vaccination drive was kicked off during the day. So far over 5.8 million people, mainly health workers, have been vaccinated across the country.

Meanwhile, the federal government has ramped up Covid-19 testing facilities across the country, even as nearly 202 million tests have been conducted so far.

The national capital Delhi, which has been one of the most Covid-19 affected places in the country, has been witnessing comparatively a lesser number of cases over past several months. As many as 119 new cases and two deaths were registered in the national capital through Sunday.

So far as many as 10,879 people have died in the national capital due to Covid-19, confirmed the Delhi's health department.

Two types of vaccines are being administered to the people in India. While the "Covishield" vaccine, made by the Serum Institute of India, was supplied to all states, the "Covaxin" vaccine, made by the Bharat Biotech International Limited, was supplied to only 12 states.
Article type: metered
User Type: anonymous web
User Status:
Campaign ID: 1
Cxense type: free
User access status: 3