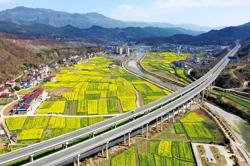 Xi said in the message that he was glad to have learned that Trong has been reelected as the general secretary of the Communist Party of Vietnam Central Committee.

Trong, who is also Vietnam's president, was elected to his third term at a plenary session of the CPV Central Committee on Sunday. The session was held during the CPV's 13th National Congress, a gathering once every five years to chart the country's next period and beyond.

On behalf of the CPC Central Committee and in his own name, Xi extended warm congratulations to Trong as well as to the new central leadership of the CPV.

Since its 12th National Congress, the CPV, under the strong leadership of the CPV Central Committee led by Trong, has stepped up its Party building and led the Vietnamese people to a host of achievements in socialist development and reform, Xi said.

The success of the CPV's 13th National Congress has opened a new chapter of the socialist modernisation drive in Vietnam, he said, adding that he believes the Vietnamese Party and state are on course to attain greater achievements under the new CPV leadership.

China and Vietnam, as friendly neighbours, are a community with a shared future that is of strategic significance, Xi said.

Xi underscored that he highly values the relations between the two parties and two nations, and he stands ready to work with Trong to deepen exchanges in various areas, promote the socialist course and jointly guide the sustained, healthy and stable growth of the China-Vietnam comprehensive strategic partnership.

He also stressed the need to usher in more benefits to people from both nations and make positive contributions to regional and global peace, development and win-win cooperation.

The two leades have engaged in close contacts in recent years.

Last year, Xi spoke with Trong twice over the phone and he also sent a message of sympathy to Trong over the passing of Le Kha Phieu, the former general secretary of the CPV Central Committee, in August.

Trong, born in Hanoi in April 1944, was first elected as the most senior figure of the CPV at its 11th National Congress in 2011. He was reelected to a second term in 2016. - Vietnam News/Asia News Network 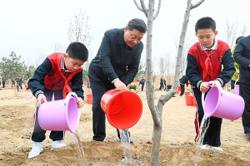