Shoppers walk past a department store at Ambarukmo Plaza in Yogyakarta on Tuesday. - JP

JAKARTA (The Jakarta Post/ANN): Business association has called the nation’s recent surge of Covid-19 cases and hospitalisations “worrying” as the country seeks to emerge from pandemic restrictions through a mass vaccination campaign.

Some provinces have reported bed occupancy rates well above the national average of 64 per cent. The occupancy rate of intensive care and isolation wards in Jakarta has reached 84 per cent, the worst in the country, followed by Banten, Yogyakarta, West Java and Bali.

“It has been quite worrying because hospitals are full and the virus is spreading very quickly and close to our daily lives, ” Indonesian Employers Association (Apindo) chairman Hariyadi Sukamdani said during a virtual event held by media outlet Bisnis Indonesia on Tuesday.

“Business players see this as something that can really, really hinder our [recovery] progress.”

The government has extended tighter mobility restrictions until Feb 8 for regions of Java and Bali that have overwhelmed healthcare facilities in an effort to curb transmission.

The measure was put in place on Jan 11 to counter an expected surge in cases after the year-end holiday.

Businesses have cast doubt on the effectiveness of the tighter restrictions and are afraid that the costs may outweigh the benefits.

Indonesia’s gross domestic product (GDP) shrank 5.32 per cent year-on-year (yoy) in the second quarter of 2020, as the government imposed tight mobility restrictions in the early days of the pandemic.

The economy contracted by a less severe 3.49 percent yoy in the third quarter, after the government eased restrictions.

Many companies have been forced out of business as a result of the pandemic-induced downturn, according to Hariyadi.

While some businesses have formed partnerships to survive the pandemic and have offered discounts on their products and services, the drop in consumer purchasing power still poses a challenge.

“We’ve seen that the stimulus is huge in terms of numbers, but we feel that the impact has been little, ” said Hariyadi.

“We have to look even closer. Has it reached the right target or not?”

The government expects to allocate Rp 533.09 trillion (US$37.94 billion) for this year’s national economic recovery stimulus, said Coordinating Economic Minister Airlangga Hartarto during the event, up from the original allocation of Rp 372.3 trillion.

“The government thinks that the economic recovery in 2021 will require the same support as in 2020 because we have to continue supporting [certain] sectors before we reach herd immunity while completing the vaccination within a year, ” said Airlangga.

The government is seeking to ramp up the inoculation process so that it concludes in December, in line with the President’s order, according to Airlangga.

Under the previous timeline, the program was expected to last until at least March 2022.

While the mass inoculation program offers a glimmer of hope, business borrowers surveyed by state-owned Bank Negara Indonesia (BNI) were, regardless of their size, expecting the recovery to take longer, said Silvano Rumantir, the bank’s corporate banking director.

The Financial Services Authority’s (OJK) decision to extend the loan restructuring program until March 2022 was therefore welcomed by the bank and the industry.

“Since its implementation in the first quarter of 2020, we have seen that this stimulus, or relaxation, has been very helpful for us in the banking [industry] to help borrowers revive their businesses, ” said Silvano.

By Jan 4, some 7.57 million borrowers, the majority of which are small businesses, had restructured a total of Rp 971.08 trillion worth of loans, according to data from the OJK. 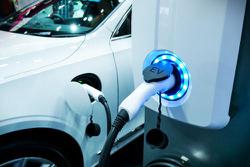